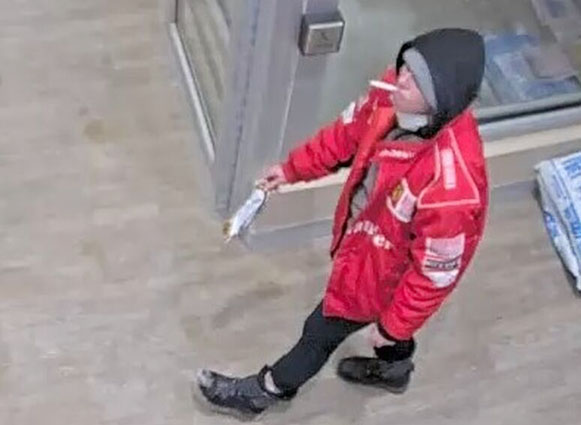 Toronto police have released an image of this suspect in connection with an alleged arson at bank in the Danforth and Woodbine avenues area last week.

Toronto police are seeking a suspect after a fire in the Danforth Avenue and Woodbine Avenue area last week.

Police were called to a fire at a bank in the area at 6:54 a.m. on Tuesday, Jan. 25. Police allege the fire was purposely started in the nighttime deposit box of the bank.

An image of a suspect has been released and police are asking for the public’s help identifying him.

Police said the man was wearing “a white surgical mask, black toque, grey hoody, red winter jacket with a Ferrari symbol on the back, dark blue or black pants, and dark grey and black boots.”