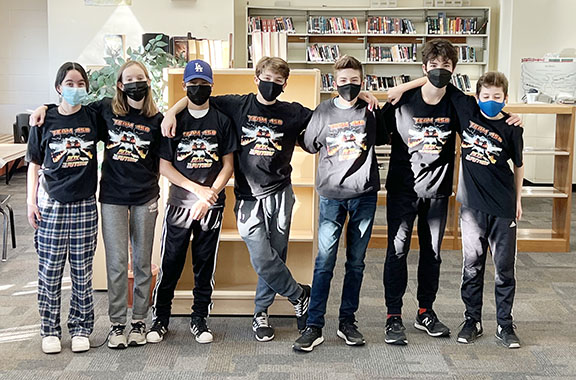 The Glen Ames Senior Public School robotics team Box To The Future have qualified for the provincial championships in the FIRST Lego League (FLL).

The team’s entry in the provincial qualifiers earlier this month won first place for Robotic Design, which recognizes the best robot building, design and programming strategies.

That strong finish qualified team Box To The Future for the provincial championships which are at this moment scheduled to take place as an online competition from Jan. 10 to 15 next year.

The team’s robot is called FedRx, which uses robotics technology and design to help people, especially seniors and those with mobility issues, make sure their prescription medicines can be safely and legally delivered to them at their homes. For more the Fed Rx robot, please see our earlier story at https://beachmetro.com/2021/12/08/box-to-the-futrure-robotics-team-at-glen-ames-school-enters-fedrx-into-first-lego-league-competition/

Team Box To The Future’s success in reaching the provincial championships marks the 13th straight year in a row that Glen Ames robotics students have achieved that honour.

Past teams that have reached the provincial championships are The Mammoths in 2010; Lego Time Travellers and Containment Busters in 2011; Rainbow Dashers in 2012; Typhoon Shield in 2013; M&Ms in 2014; The Garment Grabbers in 2015; The Pawsitive Proportionists in 2016; The Walking