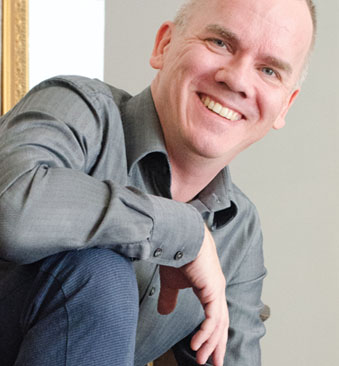 When Jim Clayton arrived at his daughter Lenny’s school to pick her up for March Break in 2020, they were instructed to stay home for three weeks. The COVID-19 pandemic was in its early stages.

Two weeks into that extended break, with COVID numbers rising and the possibility of kids returning to classrooms disappearing, Clayton decided to start playing piano nightly on a Facebook livestream to help cheer people up.

He took requests on what tunes to play and imagined he might be doing it for a few weeks until the pandemic passed. More than 20 months later, he will be performing his 500th Jim’s Piano Bar livestream on the evening of Thursday, Dec. 16.

“When we got to show 100, we dressed up and made a big deal out of it, thinking there’d never be a 200th show,” said Clayton in a recent interview with Beach Metro Community News.

The performances grew in popularity, starting with a follower count of 250 that has now grown to 30,000. He has also become the Canadian performer who has released the most episodes of a show (either by livestream or on television) since the pandemic began.

An award-winning jazz pianist, Clayton said fans tune in from all parts of the world to have their spirits lifted during as the pandemic continues to take its toll on so many people and their lives.

“In general,” Clayton said regarding what motivates him to stay consistent, “it’s hearing from folks who’ve been cheered up by the music.”

He recalled needing a night off before receiving a message of thanks for a grateful fan. At that moment, Clayton abandoned any desire to take a break and carried on for 150 shows.

The 500th show milestone on Dec. 16 will “celebrate this achievement with an evening of rousing jazz standards, reinvented pop classics, and special guest performers.”

Like the rest of his December shows, all earnings from the “tip jar” which listeners can contribute to will be donated to the Daily Bread Food Bank.

Clayton said he has made many friendships made as a result of the nightly performance and that it is a gratifying experience for him.

“I’m certain that I get as much out of it as the viewers do,” said Clayton.

Opportunities have also emerged as a result of connections made by Jim’s Piano Bar. With many fans in Brazil, Clayton has been invited to play in the South American nation in 2022.

He also has live show slated for The Medley (2026 Yonge St.), alongside bassist Peter Telford, on Dec. 29.

To tune into the livestream for Jim’s Piano Bar, please go to https://www.facebook.com/jimclaytonjazz at 9 p.m.

Special guests joining Clayton at the 500th show will be Telford and guitarist Andrew Scott.