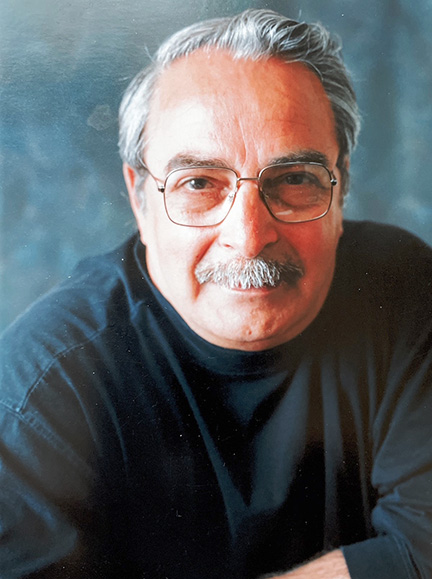 Bruce Brackett, who first moved to Leslieville at the age of four, died on Nov. 9 at the age of 82. He was deeply involved in the community and loved to bring a smile to the faces of others. Photo: Submitted.

Long-time Leslieville resident and etc… news publisher Bruce Brackett passed away peacefully surrounded by his family on Nov. 9, at Sunnybrook Hospital at the age of 82.

At the age of four, Bruce and his large family including four brothers and three sisters became Leslievillians when they moved to Curzon Street. As a young teenager, his veteran father fell ill, and Bruce had to leave Leslieville School. At the age of 15, Bruce became a truck driver.

Years later he met a girl at Doel’s Groceteria at the corner of Curzon and Dundas and soon told his mother that he had met the woman he was going to marry. Bruce and Terry (Wice) soon became inseparable, and they married at St. Joseph’s Church on Aug. 25, 1962.

They lived on Gerrard Street East and soon moved to Leslie Street, raising their children, David, Andrea, and Derek and their foster son Brendan.

Bruce worked for General Electric and became the Union President until the plant closed. Together they raised their family in the community while always being involved in local organizations including starting up the East Toronto Lions Club, being the Grand Knight for the Knights of Columbus or volunteering for Citizens for a Safe Environment, WoodGreen Community Centre and more recently the Royal Canadian Legion Branch 10 and the Neighbourhood Unitarian Universalist Congregation.

In November 1987, more than 200 residents attended the unveiling of the Leslieville street sign, which was designed by their eldest son David.

In 1988, Bruce started the Leslieville Community News, which eventually grew to etc… news and was a community staple for two decades until 2008. Near the end there were more than 25,000 copies circulated to the east end of Toronto.

Deciding to enjoy retirement, Bruce and Terry moved to St Joseph’s Place on Curzon Street in 2015. Since being involved and part of the community was built into Bruce’s personality, he quickly formed the St. Joe’s Social Club Committee where he became President and started bid euchre, bingo nights as well as holiday events.

In 2017, to commemorate the 30th anniversary of the naming of Leslieville, they commissioned a local artist to create an art mural Yesterday – Today & Tomorrow to be on display in their building.

In his 80th year, Bruce graduated from the Caring Clowns course at Ryerson University and enjoyed bringing a smile at senior homes that they would visit.

He was so proud of a plaque he had received to thank him, which named him “Poppi Brackett”. When COVID-19 struck, Bruce could no longer visit his many fans.

When diagnosed with pancreatic cancer in August 2021, Bruce kept his cheerful outlook and clowning around up to the very end. He was known to always have a friendly smile on his face and loved to sing any tune.

Bruce was also a beloved brother, cool uncle, and the clown of the party for many friends. He is known as Mr. Brackett to many and even the “Mayor” of Leslieville and will be deeply missed by the community.

A celebration of life is being planned for the spring.

In lieu of flowers, donations may be made in his name to Sunnybrook Hospital.

You will be missed Bruce. I’ve just learned so much more of your incredible story. You were a great neighbour, whom with I always enjoy our chats….

Condolences to his Wife & Family & all those who loved him. He was a lovely man. I delivered some flyers to him & his wife as they were going to hand them out for our Company Well Seasoned Productions to promote a Show we were doing at the time. He was thrilled to do it for us. Stood on the sidewalk for what seemed an hour & talked about his life growing up & what he had done for & within Leslieville. He had some amazing stories & knowledge. He will be missed greatly.

I am so going to miss you my friend.

My condolences I remember Bruce and Terry well .always so genuine and kind

My condolences to Terry and family. Terry used to fondly call Bruce by his last name Brackett and they were a real loving close couple. My heart is breaking for Terry as she will miss him greatly after 59 years of marriage. We at Unity Rd went on a lot of trips with Bruce and Terry to Grand river, Gananoque and casinos. Bruce was always a lot of fun to be a round and always handed us candy on our bus trips. Rest In Paradise Bruce !!!!

Terry & family, we just learned of Bruce’s passing. We offer our sincere condolences, may he Rest In Peace.

He was a great friend to all the guys on Curzon St. In the late ‘40s, ‘50s and into the ‘60s as we travelled our way from childhood to adolescence and into adulthood and marriage and families of our own.

All our best Terry

Sincere condolences to Terry and the Brackett family from the members of the DCAT Chorus in Toronto. Bruce and Terry were valuable members for a number of years. It was Bruce who found practice facilities for the chorus at the Royals Curling Club.