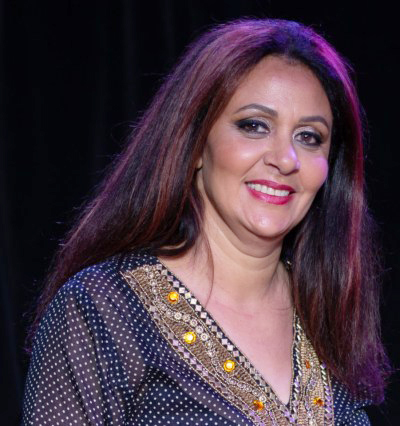 Maryem Tollar is the Green Party candidate for Toronto-Danforth in this month's federal election.

(EDITOR’S NOTE:  Candidates were instructed to keep their answers to approximately 150 words, and some of the responses have been edited to keep them as close as possible to the agreed word count. Beach Metro News sent these questions to all eight candidates running in Toronto-Danforth. Only independent candidate Habiba Desai; Maryem Tollar of the Green Party; and Liz White of the Animal Protection Party responded.)

I am a mother of three, a teacher and an artist. In the last few elections, The Green Party of Canada was the only party that prioritized issues that I think are important.

I was very inspired by Elizabeth May’s influence making the environment a priority, even though she held the only Green seat in Parliament for years. As a woman, a person of colour, an artist, a teacher and a mother, I will be a progressive voice addressing the issues that often go overlooked. I want to help shape policies that focus on the human aspects and prioritize protecting our planet.

The Green Party of Canada is committed to reaching justice with Canada’s Indigenous Peoples regarding the past abuses of the Residential School system and we are committed to implementing all 94 of the Calls to Action from the Truth and Reconciliation Commission, as well as implementing all of the Calls for Justice from the Final Report of the National Inquiry into Missing and Murdered Indigenous Women and Girls.

Greens will create enforceable National Standards, provide transformative investment for seniors’ care including infrastructure and staffing funding. The Green Party would also enforce National Standards of Care through accountability and penalties, including criminal prosecution and ensure safe family access to Long Term Care facilities. In addition we would increase and stabilize staffing in Long Term Care homes and improve training, fair pay for workers, benefits and paid sick leave, as well as invest in home and community care.

There is a very big transit project that is being proposed by Metrolinx to add three additional tracks to the existing three tracks in the Riverside Corridor. The federal government is giving 40 per cent of the funding for this project that will have a huge impact on the Toronto-Danforth community in the next 20 to 40 years.

There is a role the federal government can play by putting conditions on the funding – such as having a proper environmental assessment done, a health-impact assessment on the community and real community consultation with groups such as the Lakeshore East Community Advisory Committee, who have done a lot of research on how it will affect their neighbourhoods and the health of the residents in the community.

On the surface, it seems that this project will be great for improving transit that is really needed – but the way it is currently set up, many parks will have to be closed, many trees will have to be cut down and many species at risk will be negatively affected. There is an alternate plan that has been proposed and that the municipal government has approved – but that the Ford government has shut down. On the federal level, I would try to leverage the funding to influence the provincial government to do the necessary consultation with the community and assessments to come up with a plan to put the line underground, which was the original plan, and that would work for everyone.