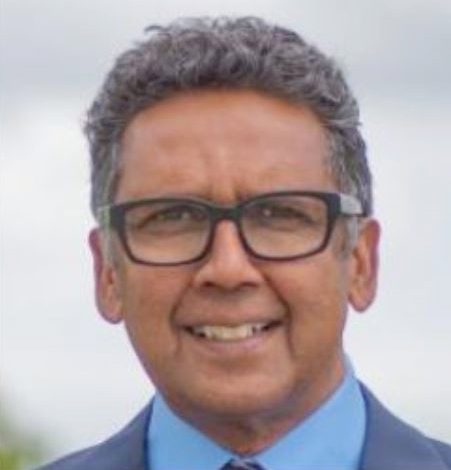 Philip Fernandez is the Marxist-Leninist Party candidate for Beaches-East York in this month's federal election.

QUESTION 1:  Please tell our readers a little bit about yourself and why you decided to run in this election?

The so-called “major parties” have a virtual dictatorship over political affairs in Canada. Elections should be a time when voters are able to exercise their right to conscience and to change things in their favour but this is not possible under this party-dominated political system. The alternative is to affirm the right to speak in our own name and empower ourselves by taking stands that favour us within the situation. That’s why I’m running in this election. I invite everyone to sign up  for our publication Renewal Update ( www.cpcml.ca)  and join the discussion to turn things around.

QUESTION 2: What will you and your party do to reach justice with Canada’s Indigenous Peoples regarding abuses of the Residential Schools system, and will you commit to fulfilling the calls to action made by the Truth and Reconciliation Commission in 2015?

As an ally in the struggle for Indigenous people’s rights against the racist Canadian colonial state, this is an issue of great importance to me. Firstly, as a condition of actualizing the Calls to Action, Canada must recognize, respect and uphold the sovereignty as well as the hereditary and treaty rights of Indigenous peoples.

Next, we need a new Constitution which enshrines these rights along with those of the nation of Quebec in a voluntary, free and equal union.  Justice must be done for crimes past and present against Indigenous peoples, including those committed under Canada’s Residential School System.

There is no healing and reconciliation without truth and justice. The crimes that are still being committed against Indigenous peoples must stop.

QUESTION 3: Given the high numbers of seniors who died in the long-term care facilities from COVID-19 and the deplorable conditions many of them were found to be living in by Canadian Forces personnel called in to help, what steps will you and your party be taking to help protect seniors in the future?

Those responsible for the deplorable conditions that resulted in deaths of the many residents and some front-line care-givers in the long-term facilities must be held criminally responsible and the victims’ families compensated for their trauma and losses.

Care for the elderly is a basic human right. Long-term care and other essential services must be publicly managed and resourced to a Canadian standard so that these basic rights can be guaranteed to Canadians and residents, and not be subordinated to for-profit interests.

QUESTION 4: What do you think is the issue in your riding that you can have the most impact on if you were elected MP?

Many people in the riding are angry and frustrated with the so called “major” political parties, their politicians and the electoral process itself.  Citizens and residents are marginalized by the party system of governance. Even elected MPs cannot exercise their right to conscience within this party- dominated system. The MLPC stands for the electorate being fully empowered to set the agenda for their riding and for the society they live in; to propose legislation and be able to recall their MP if he/she/they do not act responsibly to serve their interests, among other things. Elections Canada must fund the process not the parties so that the citizens and residents can come to power not political parties. If elected, besides working with constituents to address the pressing issues confronting them and the country, I would work to find ways to enable the people in the riding to participate in decision-making.