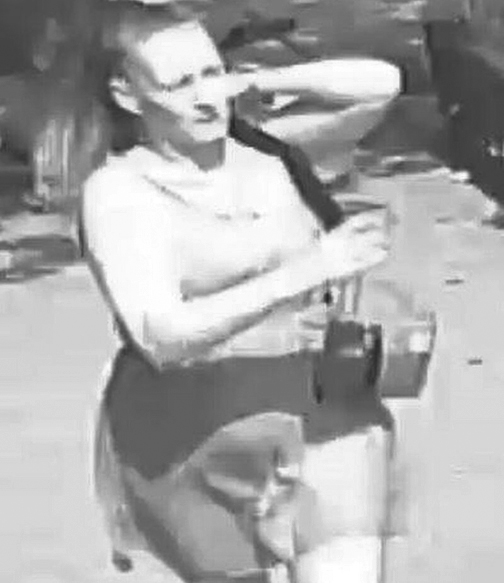 Toronto police released updated security camera images this week of a man and woman wanted in connection with an aggravated assault in the Woodbine and Danforth avenues area on Aug. 6. Above photo shows an image of the woman being sought. Inset photo shows the man being sought.

Toronto police have released images of a man and a woman wanted in connection with an aggravated assault investigation in the Woodbine and Danforth avenues area earlier this month in which an elderly man was seriously injured.

Police were called to the area on Friday, Aug. 6, at approximately 4:10 p.m. for a reported assault.

According to police, a man and a woman got into an argument with an elderly man in front of an establishment. The man and woman allegedly punched the man, knocking him to the ground, police said.

As a result of the assault, the man was transported to hospital where he remains in critical condition, police said.

The woman is described as late thirties to early forties, five-feet, five-inches tall, with a medium build, and long dark hair in a ponytail. She was wearing a light coloured dress. The man is described as in his thirties, tall, with a thin build, and short brown hair. He was wearing shorts, a collared shirt and sandals.

Updated security camera images of both the man and the woman have been released by police. Anyone who recognizes them is urged to call police in 55 Division at 416-808-5500.

Police can also be contacted anonymously through Crime Stoppers at 416-222-8477 or online at https://www.222tips.com

This story updates earlier information released by police in which a photo of a different woman appeared. That woman is not a suspect in this investigation.