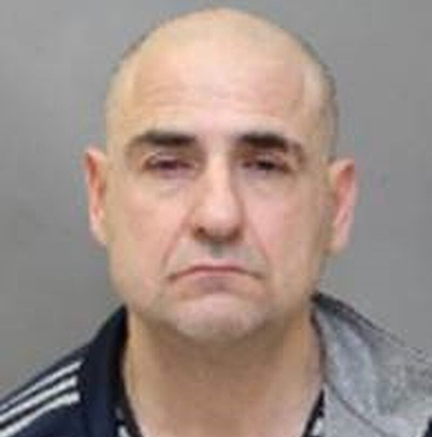 Peter Maroulis, 51, is wanted on charges of breaking and entering, and three counts of failure to comply with probation.

Police in 55 Division are asking for the public’s assistance in their search for a man wanted in connection with an alleged break-in.

According to police, a man allegedly gained entry into a commercial building in the area of Broadview and Danforth avenues on July 17. The man allegedly removed the cash register from within the building, police said.

Peter Maroulis, 51, is wanted on charges of breaking and entering, and three counts of failure to comply with probation.

He is described as six-feet tall, weighing 180 pounds and  has a medium build. He is bald with brown eyes, and is clean shaven.