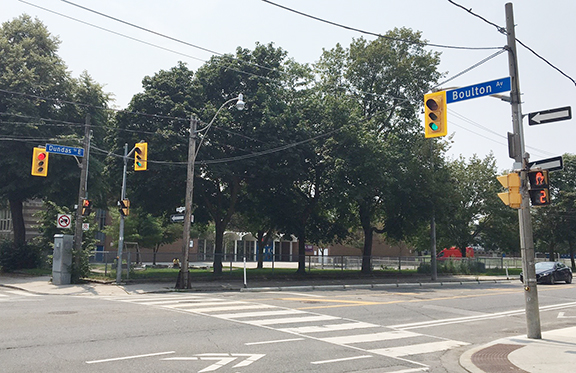 Toronto police have issued a public safety warning after the discovery of a possibly hazardous substance found in a park near Dundas Street East and Boulton Avenue on July 17.

Police have issued a public safety warning after the discovery of a possibly hazardous substance found in an East Toronto park.

On Saturday, July 17, officers from 55 Division responded to a report from a dog owner that crackers were left by several trees near a public park in the Dundas Street East and Boulton Avenue area. As a precaution, police said the crackers were seized and will be tested for hazardous materials.

There have been no reports of sick animals in the area, police said in the warning which was issued on the afternoon of Sunday, July 18.

However, police are concerned about such incidents and the potential for animals to be harmed.