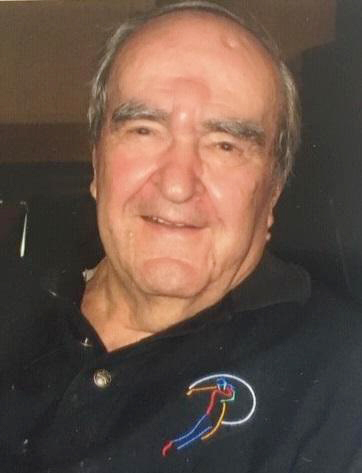 Milan Louis Korac, known to many as Mike, was the owner of the Alpine for more than 64 years. He died peacefully on June 5 at Ross Memorial Hospital in Lindsay, ON.

The man who ran the legendary Alpine Hotel on Kingston Road died earlier this month at the age of 95.

Milan Louis Korac, known to many as Mike, was the owner of the Alpine for more than 64 years. He died peacefully on June 5 at Ross Memorial Hospital in Lindsay, ON.

The Alpine Hotel on the north side of Kingston Road just east of Victoria Park Avenue was a landmark watering hole for generations of East Toronto residents.

“It was with considerable sadness that I learned today of the passing of Mike Korac,” wrote Myles Martin in his Weekly Report for Balmy Beach Rugby.

“Mike ran the Alpine Hotel with an iron fist, a kind heart, and a sense of humor for 64 years. He was an imposing figure behind the bar at the Alps and the man who poured many of us our first draught beer. Have one for Mike.”

Closed and demolished in June of 2011, the Alpine Hotel opened in 1937 and Korac and his family were involved in its ownership for seven decades.

Korac was just 19 when he became one of six silent partners who bought the hotel in 1947, according to a Scarborough Mirror story from 2011. Over the years he bought out the other partners and became sole owner.

For the first 30 years, the Alpine Hotel only had a licence to serve beer. It wasn’t until the late 1970s that it expanded to also serve liquor drinks such as rum, gin and whisky.

In the obituary notice posted by the family, Korac was remembered as a man for whom family and friends were extremely important.

“He enjoyed his retirement at his farm in the Kawarthas where family and friends often visited. Always a busy household and Dad made sure there was plenty of food and Shlivo (brandy) for everyone,” his family said in the obituary.

Korac and his late wife Rose were married for 49 years. He is the father of Diane, Michelle (Neil), Mickey (Denise), Paul (Laura) and honorary son Joe Vrtik.

Due to COVID-19 restrictions, a private family funeral service was held on June 10.

A celebration of his life will be held at a later date.

To see the online condolence book for Korac, please go to https://mountpleasantgroup.permavita.com/siteContent/guestbook.html?p=GiwaHR4Bfz01cXdARllwAQ