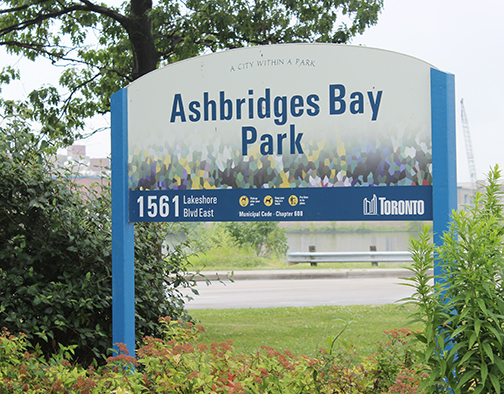 A 20-year-old man suffered serious but not life-threatening injuries after being stabbed in Ashbridges Bay Park at approximately 9:20 p.m. on Saturday, June 12.

A 16-year-old boy suffered serious but not life-threatening injuries after being stabbed in Ashbridges Bay Park on the night of Saturday, June 12.

Police arrested a man shortly after the incident and charged him with attempted murder.

Officers were called to the area at the east end of the park, at the foot of Coxwell Avenue and Lake Shore Boulevard East, at approximately 9:16 p.m. for the reported stabbing.

Police said on Twitter that there was a “very large” crowd of people in the park and the Woodbine Beach area at the time.

Additional police officers, including those from the Mounted Unit on horses, were called in to help disperse the large crowd.

In a press release issued at 11:30 a.m. on Sunday, June 13, police provided more details on the stabbing.

According to police, a fight started as a result of people firing Roman candle fireworks at each other in the area. During the fight, police alleged a man produced an edged weapon and stabbed a 16-year-old boy several times.

The victim fell unconscious and was rushed to hospital to be treated for his injuries, police said.

Police said a man involved in the stabbing fled the area but was captured by officers.

Livingston Bromwell, 24, of St. Catharines has been charged with attempted murder

Police said two boys, both aged 16, were also arrested and charged with assault with a weapon.

Since the Victoria Day long weekend, the Woodbine Beach area in particular has seen large crowds gathering on weekend nights.

After massive crowds overwhelmed police on the long weekend due to an event organized on social media, the City of Toronto and police had put in plans to try and prevent a similar situation from happening again.

Those efforts appeared to be successful on the weekends of May 29 and June 5, but not yesterday night.

Local resident John Murphy said those who live in the area are frustrated and angered by the ongoing situation, and they no longer feel safe in the community.

“I was hoping for an improvement this weekend in the Beach area.  Frustratingly, it is definitely getting much worse and even scary,” he said in an email sent to media and politicians late Saturday night

“The police are again overwhelmed by the intoxicated youth who are openly smoking drugs and drinking alcohol on Woodbine beach and most of the adjacent parks. The parking enforcement agents can’t seem to write the tickets fast enough on the clogged streets in the Beaches area and there are simply not enough of them.  Vehicles are slowly towed and another car parks illegally in the same spot within minutes particularly on Boardwalk Avenue.”