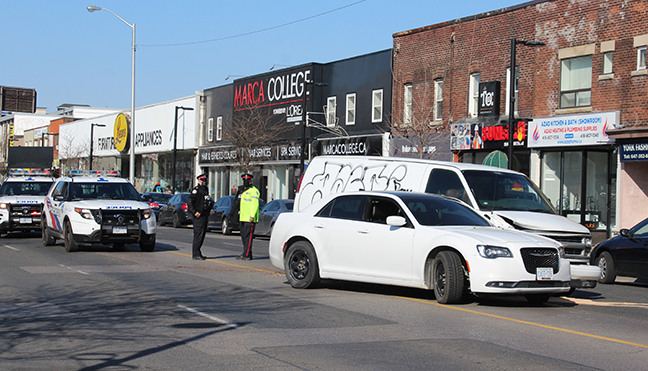 No one appeared to be seriously injured in this two-vehicle collision on Danforth Avenue just east of Luttrell Avenue on the morning of April 8. Photo by Alan Shackleton.

The crash took place in the eastbound lanes of Danforth Avenue just east of Luttrell Avenue at approximately 9 a.m.

Injuries in the side-swipe crash between a white van and a white Chrysler sedan appeared to be minor.

Danforth Avenue is expected to remain closed for most of this morning while the crash is investigated.

UPDATE: Toronto police announced just before 11:30 a.m. on April 8 that Danforth Avenue had been reopened between Dawes and Victoria Park.