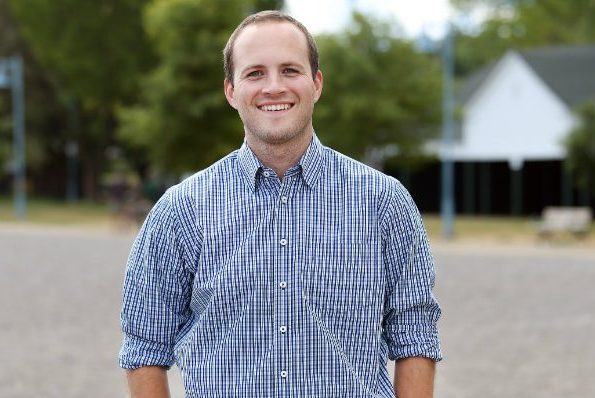 Nathaniel Erskine-Smith is the MP for Beaches-East York. Photo; Submitted.

In an announcement on Feb. 18, Minister of Justice and Attorney General of Canada David Lametti introduced a new bill (C-22) proposing amendments to the Criminal Code, and the Controlled Drugs and Substances Act.

The bill borrows heavily from a private member’s bill Erskine-Smith introduced to the House of Commons last year which called for drug laws to focus on public health over criminal charges.

Bill C-22 takes Erskine-Smith’s proposal further with reforms for sentences for some drug offences, and a repeal of some mandatory minimum penalties.

“Recent events have further highlighted the systemic discrimination and disproportionate representation of Indigenous peoples, as well as Black Canadians, and members of marginalized communities as offenders and victims in the criminal justice system,” a press release from the department of justice read.

Proposed changes would reform sentencing measures for particular offences and by repealing some of the mandatory minimum penalties of imprisonment that contribute to higher rates of imprisonment and disproportionately affect Indigenous peoples and Black Canadians.

Specific reforms include repealing mandatory minimum penalties for certain offences to address the disproportionate impact on Indigenous and Black offenders, as well as those struggling with substance abuse and addiction. Reforms allow for greater use of conditional sentence orders by law enforcement, who will be required to use other measures for simple possession of drugs such as diversion to addiction treatment programs.

Erskine-Smith said there are three major parts to the bill.

“The first part repeals ineffective and unconstitutional mandatory penalties,” he said. “The second part is conditional sentences, and the third part is addressing ineffective criminalization.”

That third part is based on Erskine-Smith’s private member’s bill from March 2020 that called for reduced drug penalties.

“The language is virtually identical,” he said.

Since early 2016, 16,000 Canadians have died from the opioid crisis. It’s what prompted Erskine-Smith to pursue drug reform as he was concerned about “drug laws in Canada as they exist.”

He added that criminal sanction can increase the stigma, which is contrary to public health evidence.

The new bill would restrict police discretion to move forward with laying a charge or prosecuting for simple possession in accordance with public health principles.

“If this becomes law, it’s virtually impossible for any prosecution for simple possession to proceed,” he said.

He introduced his private member’s bill at the end of February 2020 but “never expected the government to adopt wholesale word for word into legislation.”

The bill will have a second reading in Parliament in June 2021 where it is expected to pass, Erskine-Smith believes.

The bill can expect to pass in June 2021 following a second reading in Parliament.

It’s a shift in drug policy that treats drug use and possession as a health issue rather than a criminal one. Erskine-Smith referenced Portugal’s recent drug reforms that led to positive outcomes.

“We look at people who have problematic issues with gambling or alcohol, we don’t try to help them through criminal law,” he said.