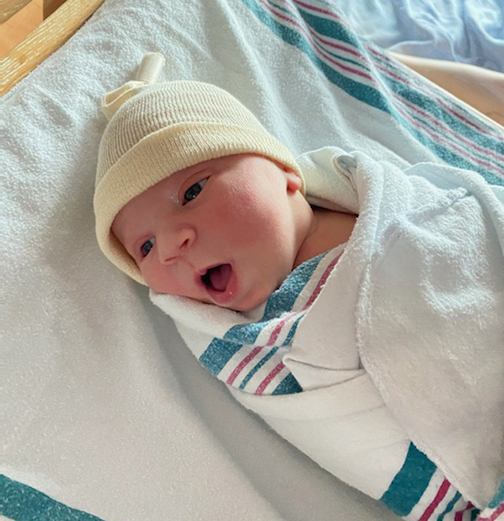 Briar Randle Bradford was born on the evening of Jan. 28 at Michael Garron Hospital. She weighed in at seven pounds even. Photo; Brad Bradford - Twitter.

This is their first child. The councillor announced the news via Twitter which was received by a flurry of congratulatory comments from elected officials, community organizers, media, and residents across the city.

“We couldn’t be more delighted to welcome Briar to our family and this community!” Bradford said. “Mom and baby are both doing well, and we’re all feeling fortunate that everything went as smoothly as it could.”

Bradford and Kathryn also expressed their gratitude to the “incredible team” at Michael Garron Hospital.

“Dr. MacLeod supported us throughout Kathryn’s pregnancy and Dr. Tai and the team of nurses at the hospital’s family birthing centre saw us through the big day with all the kindness, care and excitement we could have hoped for,” he said.

Reflecting on his newborn daughter’s arrival, Bradford said it’s motivated him through what has been a difficult year.

“In light of everything that’s going in the world right now, I know Briar will give us a different perspective on the meaning of family, friendship and community as well as the big challenges we’re grappling with for our shared futures,” he said.

“She’s also bringing us renewed belief and energy in the work of building this community up and using our time to give back and build a world that’s better than the one we grew up in.”