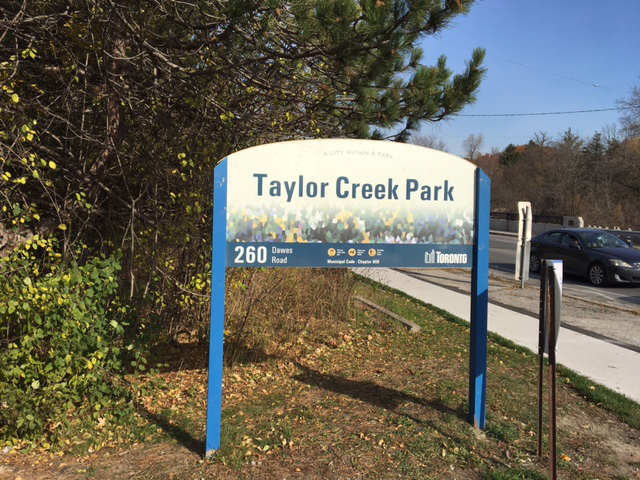 Toronto police are seeking a male suspect after a 24-year-old woman was sexually assaulted while walking in Taylor Creek Park on Tuesday, Jan. 5.

Toronto police are looking for a male suspect in connection with a sexual assault investigation in the Taylor Creek Park area.

Police were called to the park, which covers a large area near Dawes Road north of Danforth Avenue, on Tuesday, Jan. 5, at approximately 5:15 p.m. for a reported sexual assault.

A 24-year-old woman was walking in the park when she was approached by a man who sexually assaulted her and then fled the area, police said.

The male suspect is described as having a brown complexion, between 27 to 28 years old, approximately five-feet, six-inches tall, with a thin build, black hair, brown eyes, and with bushy eyebrows.

He was wearing a black jacket with the hood up, black jeans, black boots, and black winter gloves.