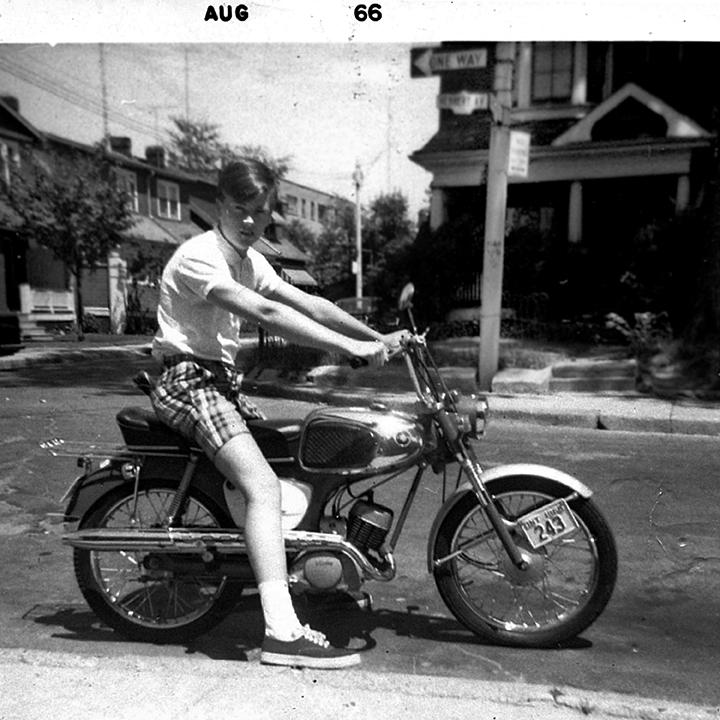 John Watt, as a 16 year old in 1966 and today (inset photo) at Herbert and Hartford avenues in the Beach.

I met John Watt at this corner of Herbert and Hartford avenues recently. He sent me a photograph his father took of him back in 1966 when he was 16 years old. We agreed to meet and reshoot this wonderful image. I saw a tear in his eye as he reminisced about his boyhood, living at the top of Herbert. He remembered street hockey games, hanging with friends, and pestering a grouchy old neighbour by bouncing balls off his garage.

Now retired (he worked as a Parks and Recreation Director) John and his wife live in Niagara-On-The-Lake.

John’s spouse is none other than Elaine Tanner who won three medals for Canada in swimming at the Mexico Olympics in 1968.

John, thanks again for coming down and sharing your memories of the Beach.

If you have an old photograph of yourself and want to share your story with our readership, please contact me at gdvandyke61@gmail.com