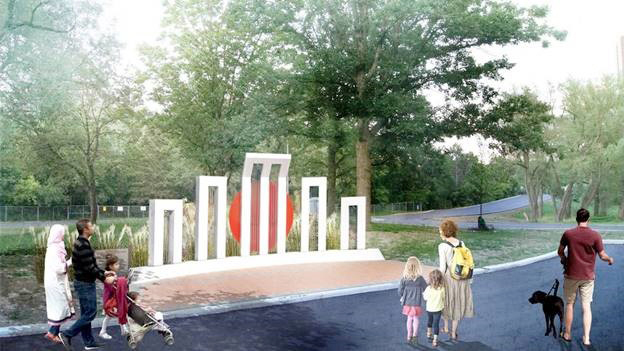 On Saturday, Nov. 7, Mayor John Tory and Beaches-East York Councillor Brad Bradford will join representatives of Toronto’s Bangladeshi community and attend the ground-breaking ceremony for the new monument that recognizes the importance of mother languages in Toronto and around the world.

Due to COVID-19 safety protocols, this event will not be open to members of the public to attend. Only a limited number of dignitaries and media will attend.

“Over 180 languages and dialects are spoken in Toronto. The International Mother Language monument is about recognizing the effort of people around the world, including in our diverse city, to not just have their traditional language be accepted but to see it embraced,” Tory said.

The monument also recognizes International Mother Language Day, which occurs on Feb. 21 to commemorate the anniversary of five students who died and hundreds more who were injured during a protest at the University of Dhaka in Bangladesh (then East Pakistan) on Feb. 21, 1952.

Before gaining independence from Pakistan in 1971, Bengali-language rights were restricted in the state formerly known as East Pakistan.

The monument is being built entirely by funds raised by the IMLD Monument Committee and the community, in partnership with the city.

Committee chair Mak Azad will deliver remarks at the event, followed by Tory and Bradford.

“This monument is in keeping with the Toronto story of fighting for diversity and inclusion,” Bradford said.

“Everything about this monument is inspiring, from history of International Mother Language Day being recognized to how Canada’s largest Bengali community came together to deliver this monument over several years.”

The monument is expected to be completed by February 2021.