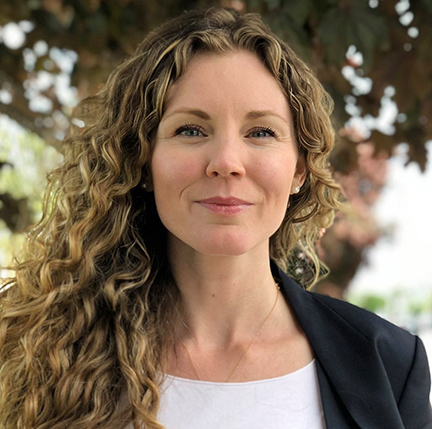 Local resident Brandy Huff will be seeking the nomination to be named the Ontario Liberal Party candidate for the riding of Beaches-East York.

Local resident Brandy Huff has joined the nomination race to be the Beaches-East York Provincial Liberal Association’s candidate in the next Ontario election.

Huff has lived in the community for seven years with her husband Tom and their two children.

She is presently executive vice-president of the local provincial Liberal association, and also serves on the executive board and social committee for Beaches-East York Liberal MP Nathaniel Erskine-Smith.

“As someone who works, lives and is raising a family in Beaches-East York, I know that our community needs a strong voice at Queen’s Park,” she told Beach Metro News in an e-mail interview. “With a career in both municipal and provincial government combined with my Masters in Business Administration, I know I have the skills, experience, and the passion to stand up and advocate for our community.”

Proud of her Metis heritage, Huff grew up in Kearney, Ontario and has lived in Toronto on and off for 12 years. She has experience in both municipal and provincial politics. She has worked for the City of Richmond Hill and for former Ontario Minister of Health and Long-term Care Dr. Eric Hoskins in the former Liberal government.

While Huff was there the ministry launched OHIP+, a pharmacare program for children and youth that was “the biggest expansion” of medicare in a generation, she said. “It was the proudest moment of my career,” said Huff.

“It was heartbreaking to see so many families who couldn’t afford to pay for the prescription medication their children needed,” she said of the pharmacare expansion. “We worked hard to develop a program that ensured parents didn’t have to choose between filling their child’s prescription or putting food on the table. That experience and many others that I had working in the provincial government inspired me to continue working to make an impactful and positive difference.”

Huff also has experience having worked for Alberta Agriculture where she helped with the creation of the Century Farm and Ranch Celebration.

She is a small business owner and runs B. Huff Consulting Group which specializes in marketing and communications, events, and public and government relations. Huff is also co-founder of East End Parents 4 Public Education.

“Those who know me, know how important education, health care, and arts and culture are to me,” she said. “Growing up in rural Ontario, school was the most important part of my life. I lived through the destructive Mike Harris (former Conservative Premier of Ontario from 1995 to 2002) cuts to education, with larger class sizes, fewer teachers and labour disruptions. It had a big impact on my education, which is why as a parent, I will keep fighting for a high-quality and equitable public education system that our children deserve.”

Huff said her experiences working for both government and the private sector, as well as both professionally as a community volunteer, are valuable assets.

“Together, my professional and volunteer experiences have taught me how to navigate across all levels of government. I’ve learned that finding solutions requires collaboration, commitment and hard work.”

She said some of the key issues she is hearing from the community for the riding include high quality, equitable education, race relations, dealing with the COVID-19 pandemic, public health care, affordable and accessible childcare, better long term care for seniors, and protecting the environment.

Huff said her experiences working for both government and the private sector, as well as both professionally as a community volunteer, are valuable assets she will use to fight for those issues. “Together, my professional and volunteer experiences have taught me how to navigate across all levels of government. I’ve learned that finding solutions requires collaboration, commitment and hard work. I am confident I have the skills, experience, and the passion to stand up and advocate for our community.”

The Beaches-East York Provincial Liberal Association nomination meeting will be held virtually on Nov. 21. Candidates seeking the position have until Nov. 1 to sign up new members who would be eligible to vote at the meeting.

So far, Beach Metro News is aware that former Ward 32 Beaches-East York Councillor Mary-Margaret McMahon is also seeking the nomination. ( For more on her bid for the nomination, see our earlier story at https://beachmetro.com/2020/10/07/former-councillor-mary-margaret-mcmahon-seeks-nomination-as-ontario-liberal-party-candidate-in-beaches-york/ )

For information on how to join the Beaches-East York Provincial Liberal Association prior to Nov. 1 in order to be able to vote in the nomination meeting, please go to  https://ontarioliberal.ca/support-a-candidate/?pcd=007-BHe7f

Huff said she realizes McMahon has a very high profile in the community. “I have a lot of respect for her and the work she’s done in our community, Huff said of McMahon.

“That being said, I think it’s also important in politics to have new voices and candidates with different perspectives on issues impacting our communities. My experiences, including my time at Queen’s Park, has shaped my approach to addressing challenges and how to bring people together to make positive changes. I feel that’s important for voters to consider when choosing a candidate. Having a strong slate of candidates that come from different backgrounds and have different ideas and opinions is healthy in a democracy,” said Huff.

For more information on Huff’s bid for the nomination, please go to www.VoteHuff.ca

The Beaches-East York provincial riding is currently held by NDP MPP Rima Berns-McGown, who defeated Liberal incumbent Arthur Potts in the 2018 provincial election. The next provincial election is not expected to take place until June of 2022 as Premier Doug Ford’s Conservative government presently holds a majority at Queen’s Park.

EDITOR’S NOTE: Brandy Huff has been writing a series of voluntary freelance articles for Beach Metro News during October, which is Women’s History Month, on women in Beaches-East York. She is not an employee of Beach Metro News.