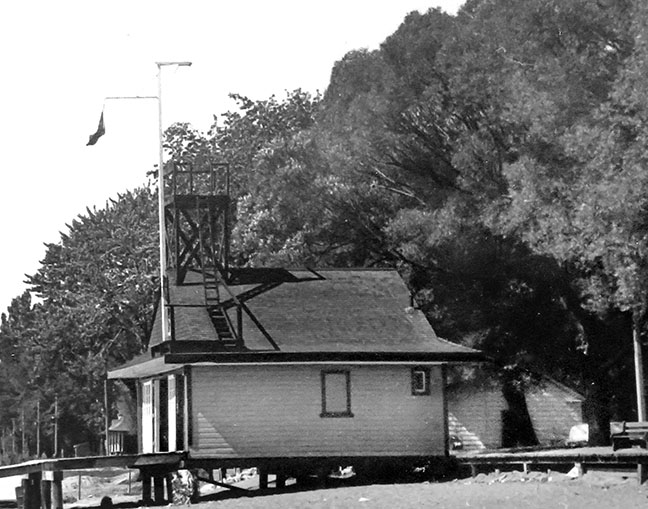 Herman Sahrmann took the above photo of the Leuty Lifeguard Station in 1961.

Friends tell me, to make me feel better about my age, that 60 years is young for a tree. That’s how many years are in between these two photographs. Obviously, the Leuty Lifeguard Station has been moved, but on the right of the picture, barely visible for all the trees, is the Kew Beach Park Boat House.

This image was taken by Herman Sahrmann while working as a lifeguard for the then “Toronto Harbour Police-Leuty Sub Station”.

Thank you Herman for sharing this fantastic photo.

Are you a long time Beach resident with a shoebox full of old pics of this neighbourhood? Why not blow the dust off them and contact me at gdvandyke61@gmail.com