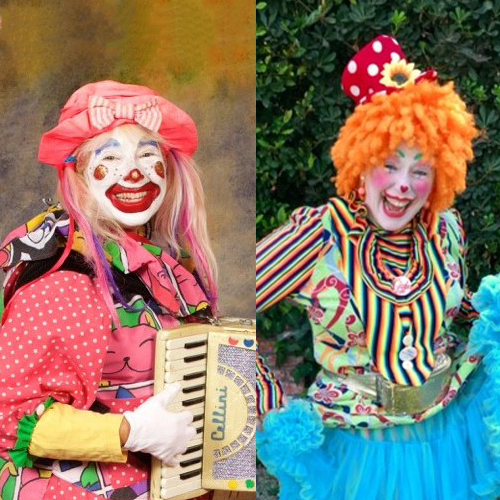 Patty and Giggles from the Sphere Clown Band perform in this month's Edinburgh Festival Fringe 2020 which is taking place online. Photo: Submitted.

They were originally scheduled to take part in person at the Edinburgh Festival Fringe 2020 in Scotland this summer, but the COVID-19 pandemic has turned the festival into an online virtual event for the performers. They will take part in live performances at the festival in 2021 with their Countdown to Clowntown.

The Sphere Clown Band has received international praise for its performances for kids which feature singalong songs, fun actions and multiple characters.

Based in the Beach since 1977, the band has not only delighted children but also educated them on many important topics, including safety, fitness, animals, sharing, musical skill-building, and self-concept development.

Performing virtually for the Edinburgh Festival Fringe 2020 are Patricia Silver, who plays Patty, and Cat Conner, who plays Giggles.

Silver was named Beach Citizen of the Year in 2010, and is very involved in the arts community including co-managing SING! The Toronto Vocal Arts Festival.

For more info on the Sphere Clown Band, please go to http://www.sphereclownband.com/index.html