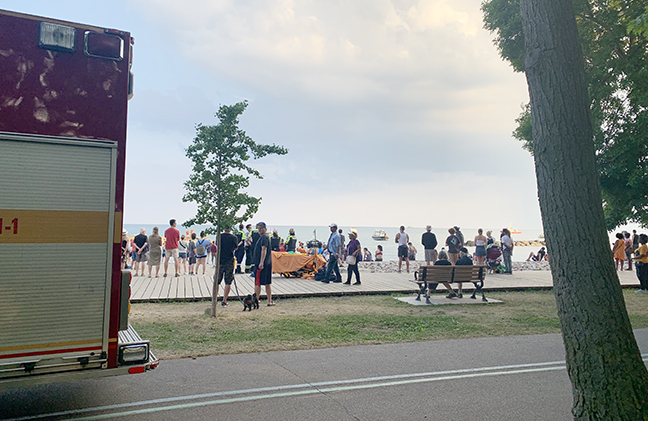 A 19-year-old man died in hospital after being pulled from Lake Ontario near the foot of Maclean Avenue on the night of Sunday, June 21. Photo by Jessica Bain.

A 19-year-old man has lost his life after drowning while off the beach near the foot of Maclean Avenue on the evening of Sunday, June 21.

Police said the man was pulled from the water at about 8:09 p.m. after fire department and police were called to the area just west of the Balmy Beach Club just after 7 p.m. The man later died in hospital.

According to reports, the man was seen in the water and heard yelling for help while swimming near the break wall in the area.

The Toronto Police Marine Unit and Toronto Fire Services were at the scene.

Reports indicate a number of people who were friends of the victim were searching for him and had called 911 for help when emergency crews arrived.

The man’s body was found in the water at approximately 8:09 p.m., according to CP24, by the police’s marine unit and he was rushed to hospital in life-threatening condition where he later died.