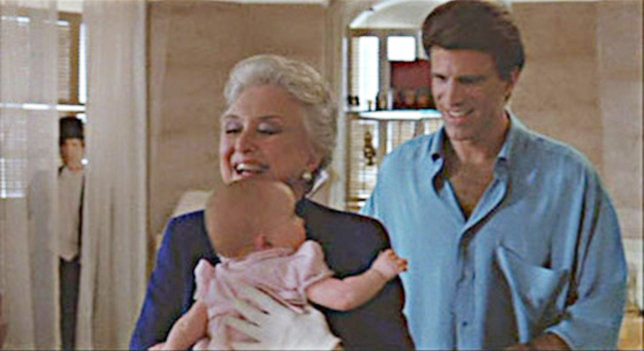 In the midst of a pandemic we need to be kind to each other. Nobody’s perfect and we all make mistakes. To err is human, to forgive divine.

Some say laughter is the best medicine…better than hydroxychloroquine anyway! We all could use a laugh these days.

Even the greatest directors have their share of funny film “flubs”. Did anyone notice Roman soldiers wearing wristwatches in Spartacus (1960)? Maybe they had a chariot to catch or didn’t want to be late for a battle?

Eagle-eyed film buffs spotted a gas canister at the back of a chariot in Gladiator (2000) and a white car in Braveheart (1995).

Someone goofed when Dorothy was wearing black shoes instead of her iconic ruby red slippers in one scene from The Wizard of Oz (1939). In Double Indemnity (1944) the bachelor played by Fred McMurray wears a gold wedding ring throughout the classic film noir.

My favourite movie “goof” is in Alfred Hitchcock’s terrific North by Northwest (1959). There’s a scene set in the cafeteria at Mount Rushmore. A boy extra in the background sticks his fingers in his ears moments before a gun is fired.

Movie theatres are closed and there are no “Close Encounters” of any kind…no lights, no camera, no action. Many of us have been stuck at home binge-watching old films and Seinfeld re-runs for the third time…not that there’s anything wrong with that!

When video and freeze-framing became popular in the 1980s there was even more scrutiny of every detail by viewers with way too much time on their hands. One “boo-boo” with a prop led to the urban legend that there was a “ghost” in Three Men and a Baby (1987).

Two struggling Toronto writers, Jim Cruickshank and James Orr, holed up in the old Sutton Place Hotel working on the English adaptation of a 1985 French comedy. Their screenplay for Three Men and a Baby became a box-office smash.

At about the one-hour mark Ted Danson and Celeste Holm walk across a room carrying the baby Mary. When the camera shifts you can briefly see a figure at the curtains by the window. Some people thought it looked like a boy had wandered onto the set. Video sales boomed when a silly rumour circulated that this was the “ghost” of a boy who had been killed in the “New York” apartment. Like most urban legends there was an ordinary explanation for the “ghost” image.

The movie was mostly filmed on a sound stage in Toronto except for a few scenes at a construction site downtown (Scotia Plaza), the Royal Alex Theatre and at a Shoppers Drug Mart on Danforth Avenue near Main Street.

The “boy” is a cardboard cut-out prop of Jack (Ted Danson) in a top hat and tails that was left on the set by accident. It was part of a deleted scene, but shows up later in the film.

One story is true. A crew for the film Adventures in Babysitting (1987) brought in a load of trash to make a Toronto alley look more like Chicago. By the next morning the laneway had been cleaned up by Toronto city workers!

The most recent gaffe was on Good Morning America when Will Reeve, the son of “Superman” Christopher Reeve, went on the air without pants! Check that camera angle for Zoom!
There was also the Starbucks coffee cup in Game of Thrones. Even the producers had to laugh. Now Disney Plus is planning a re-make of Three Men and a Baby… ghost or no ghost.

Ring the bells that still can ring.
Forget your perfect offering.
There’s a crack, a crack in everything
That’s how the light gets in.

Lyrics for Anthem by Leonard Cohen