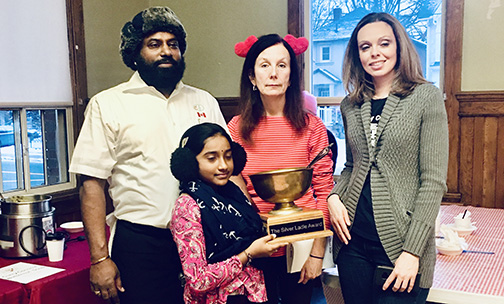 There was a big turnout for the event, which had those attending voting for their favourite soup among the four entries. The annual Soup Tasting Competition helps raise funds for Community Centre 55 programs.

Along with AMS, other restaurants taking part in the event were Kings Diner, Murphy’s Law, and The Porch Light Cafe.

Appu from AMS Pizza and Wings was the winner for the fourth time for his yummy veggie soup which was a hit with the voters.

“I am happy that I won and I believe that I won again because of the freshness and ingredients,” said Appu.