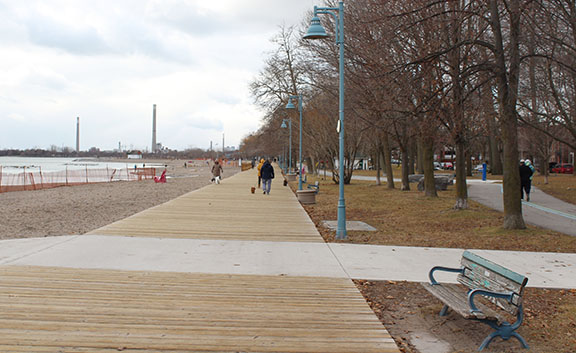 A rail line over the Boardwalk was among one of the Toronto transit plans of a century ago.

There are great plans for our different transportation systems. The planners have great ideas for our subway systems, our roads, our bicycle paths, and don’t forget the trains on the railroad track system.

I am not including air flights at this time, but who knows…one day.

Our different governments have spent thousands of hours and millions of dollars of the taxpayers money on how we will (and should) move people now and in the future.

That is not to say that our present planners do not have good ideas or are not competent in their work ethic. Far from it. Some of our best and most brilliant minds are planners!

There is only one issue that has nearly been forgotten; some of the plans for our transportation system from the past. What could and would have happened if we had implemented some of them? What would be the outcome today of these nearly forgotten ideas?

For example, the best idea I can think of is the crossing over of the Don River with a bridge connecting the west side of the Don Valley with the east. This is the Prince Edward Viaduct, the bridge that connects Danforth Avenue on the east to Bloor Street on the west. When it was built, it was a bridge to prosperity for the east end with room for a subway underneath for the future.

This idea was conceived and built well over 100 years ago. What would have happened if our other “plans” also came to fruition?

At one time, about 110 or 115 years ago, there was a plan on how to move people from the west end of our city to the east. It was focussed on moving people along the waterfront and through the downtown.

The planners of that era proposed a network of subways and elevated tracks to move people from the Humber River to approximately Greenwood Avenue along the waterfront.

I can’t go into the logistics or exact streets as it is too long and complicated and I only have certain amount of space to write here. But, dear readers, I think the total cost was about $28 million or some amount like that. The drawings and references looked feasible. What would have happened if the route went through?

When you are driving on the Gardiner Expressway now and are stuck in traffic, think about it.

Oh, let me not forget about our present day “cycle people” as there were also routes for them to go all over the city. It’s not a new phenomena.

Let me also enlighten some of our “people planners” about railroads. I cannot disparage the railroads. Without them there would be no Canada as we know it.

But here in the east end, and especially the Beach, we were going to have an incursion about 115 years ago that would have ripped right into the community as we know it today.

Remember, back then the railroad was the King and Queen maker in this country. Picture our present day Boardwalk with a railroad track 15 to 20 feet above it. This was the proposed route to come from downtown and along the Scarborough Bluffs. Just try to picture the railroad above the Boardwalk. It was actually going to happen. Except the people in the east end fought this plan, took it to government and won.

How about our streets. Did you know that at one time, the main street from the north part of the east end was not Woodbine or Victoria Park but Dawes Road.

But, dear readers, there was a plan many years ago for a highway to go straight down to Queen Street. Can you imagine if the planners were allowed to build that street? What a difference 100 years make.

These are just some of the “great ideas” that could have changed the history of moving people in this city. What do you think of that, dear readers.