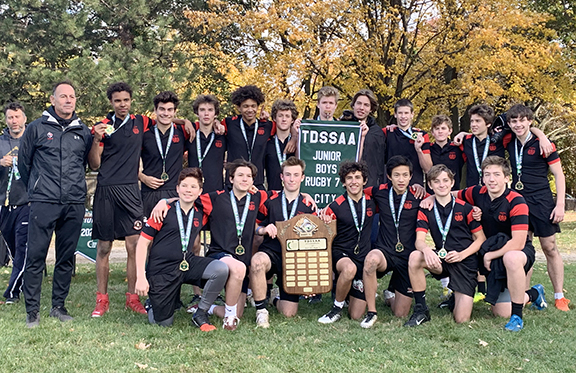 The Black Knights took the title at the Toronto District School Board championships with a 21-14 win over Riverdale Collegiate in the final game.

The championship tournament was played at Don Mills Collegiate on Oct. 23.

Rugby 7s teams from across the city took part in the tourney which also saw competition in Senior and Novice divisions.

In the girls’s rugby 7s tournament which was also played on the same day at Don Mills C.I., Agincourt won the Senior title while Leaside were the Junior champs.