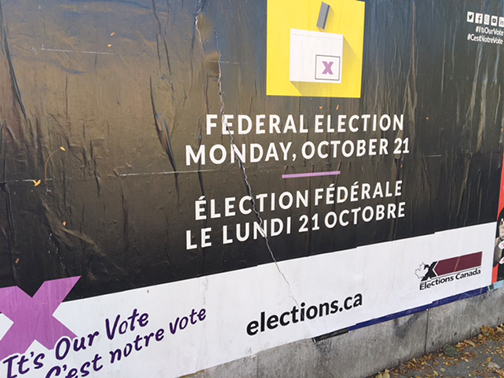 Voters in Beaches-East York, Scarborough Southwest and Toronto-Danforth are encouraged to go to the polls today and cast their ballot.

It’s Election Day, and voters in Beaches-East York, Scarborough Southwest and Toronto-Danforth are reminded that the polls will be open from 9:30 a.m. to 9:30 p.m. today, Monday, Oct. 21.

To be eligible to vote, you must be a Canadian citizen, be at least 18 years old on Election Day, and prove your identity and address.

Elections Canada is reminding all eligible voters that even if they are not registered, they can still vote today by registering at their local polling station.

Voters can find their polling station by going online to www.electionscanada.ca and typing in their postal code or by calling 1-800-463-6868.

“Voters have many options to prove their identity and address at the polls,” said Chief Electoral Officer Stephane Perrault in a press release.

“Many voters probably have everything they need in their purse or wallet, but I encourage all voters to check our website or give us a call for the full list of accepted pieces of ID to make sure they are prepared.”

For specific local information, the following returning offices can be contacted:

For more information on the candidates, please visit beachmetro.com where you can read question-and-answer surveys we have done with them, along with reading election campaign and candidates’ debate stories.