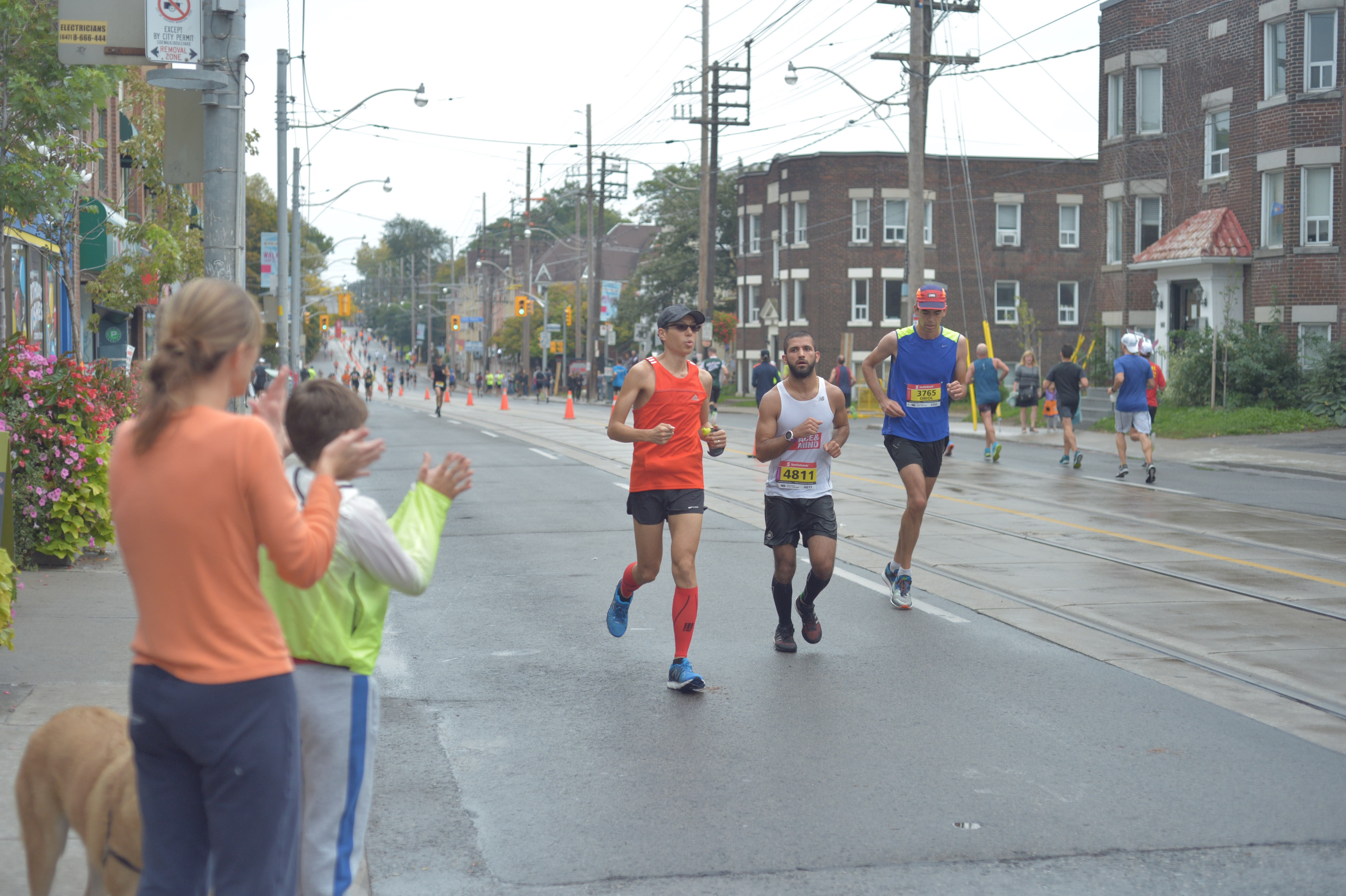 The Scotiabank Toronto Waterfront Marathon will close Queen Street East, Lake Shore Boulevard East and Eastern Avenue in East Toronto for much of the day on Sunday, Oct. 20.

The 30th annual marathon will see more than 26,000 runners from recreational through to elite abilities taking part in races ranging from a 5K and a half-marathon through to the full marathon.

Participants come from more than 70 countries, and for top-level runners the stakes are high as this race will be the Official Athletics Canada Marathon Trials for the 2020 Tokyo Olympics. The first male and female runners from Canada will receive automatic pre-selection for next August’s Olympic Games Marathon in Tokyo, providing they meet required time standards on Sunday.

For the full marathon, which covers a distance of 42.2 kilometres, the race will begin at 8:45 a.m. at Queen Street West and University Avenue.

The marathon route will then circle around the University of Toronto campus before heading south on Bathurst Street and then taking a route mostly along Toronto’s waterfront which first takes it west to Sunnyside Beach and then circles back east and over the Don River on Eastern Avenue heading to Carlaw Avenue. On Carlaw, runners will head south and then east on Lake Shore Boulevard East where it will turn at Woodbine Avenue onto Queen Street East in the Beach.

The marathon’s far eastern turning point will be at Maclean Avenue and Queen Street East, and runners will circle back from that point and retrace their route back into the downtown core. The finish line is at Queen and Bay streets, at the southeast corner of Nathan Phillips Square.

Locally, a number of official cheering stations have been set up including locations at the corner of Leslie Street and Lake Shore Boulevard East, in front of the Ashbridges Bay Skateboard Park on the Lake Shore, and also in front of Kew Gardens park on Queen Street East in the Beach.

The run, however, will mean severe traffic restrictions in the area.