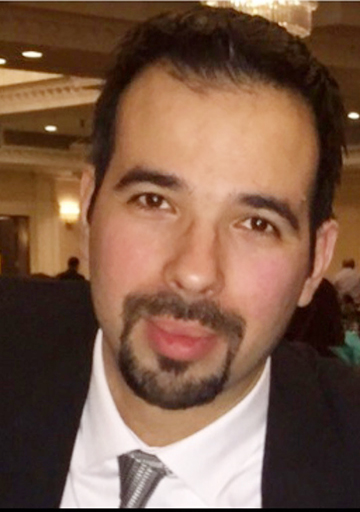 John Kladitis is running as an Independent candidate in Toronto-Danforth in this month's federal election.

My campaign has a very bold platform; to sue the government to save the planet. This has been successfully attempted in other countries, so it can succeed in Canada too.
This is a special campaign because it only requires one seat to move this lawsuit forward. People in my neighbourhood know I have been a strong advocate for fighting climate change for many years. I’ve become saddened by our situation so I went around my neighbourhood and gathered over 150 signatures and became an official candidate.
The Liberals talk about carbon tax which does little to protect the planet, the Conservatives want more oil, the NDP said they will give provinces veto power over national infrastructure projects so if provinces want to install pipelines then the NDP will let them (link to the source is on my website), and the Greens receive very few votes to make a difference.

Yes, I am in favour of a ban on semi-automatic assault rifles and handguns across all of Canada. This is mentioned on my website. We have more shootings in Toronto from handguns than from any other guns. We had the Danforth shooting as well. The Liberals and NDP said they do not support a national handgun ban (source is on my website). They said they will give cities the option to ban handguns, but this is similar to living in an apartment building and saying everyone from the 10th floor and below is not allowed a handgun but everyone above is. If the Liberal, NDP, or Conservative candidate tells you they support a national ban on handguns, they are lying or they are against their party’s policy. MPs almost always vote with their party since if they don’t, they risk being ejected from their party.

This campaign is centered around one main issue which is to sue the government to save the planet. This is a very bold platform and we only need one seat to help move this lawsuit forward. For the past 100 years in Canada in federal government, we have only had a Liberal or Conservative government. We have seen these governments refuse to tackle climate change effectively on their own.
If this campaign wins the election, then it will create headlines since independent candidates rarely win federal elections. In addition, lawyers sometimes take on cases on a pro bono (free) basis, and a GoFundMe (fundraising) campaign will also be created online which will assist in obtaining the finances needed for this lawsuit. The goal of this lawsuit will be to seek a judgement to force the government to put tougher laws in place to keep our planet healthy.

The most important national issue is the crisis of climate change. We must get off fossil fuels as quickly as possible. This campaign promises to move forward with a lawsuit against the government to help save the planet.
I will use the media coverage that will be received from this election win, and assistance that comes from lawyers, environmentalists and any person and organization who wishes to assist with this lawsuit. The people should not have to fight their own government to protect our planet. However, we are being forced into this and this is a fight we must win.
The second most important national issue is our government’s unwillingness to ban handguns throughout all of Canada. If Canada has a national handgun ban, then it could influence the U.S to do the same, which could greatly reduce the amount of shootings throughout all of North America.