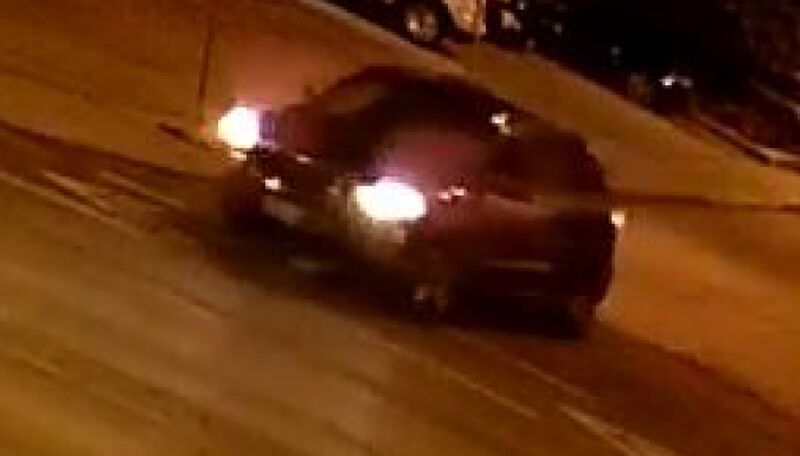 Police are looking for information on this small, dark-coloured, four-door SUV after a 16-year-old boy was "intentionally struck" and killed in East York on Monday, Oct. 7, morning.

Toronto police have released a security camera image of a small dark-coloured, four-door SUV that they believe was used to intentionally run over and take the life of a 16-year-old boy in East York on Monday.

Police released the image of the vehicle in a press release last night along with descriptions of two men who were in the SUV.

According to police, they were called to the Cedarvale and Bracebridge avenues area at 2:26 a.m. on Monday, Oct. 7, for a reported fail-to-remain collision. When police arrived they found a teenage boy with serious injuries. The victim was taken to hospital by paramedics where he succumbed to his injuries and was pronounced dead.

In a media scrum at the scene late Monday morning, Det. Leslie Dunkley of the Homicide Squad said the boy was “intentionally struck” by the vehicle and his death is being investigated as a homicide.

Dunkley said there was an interaction earlier between the victim and two men in the SUV, but did not go into details on what that interaction was.

Though police have not released the victim’s name, he was identified in a Global News report as Matthew Dreaver. He is Toronto’s 55th homicide victim of 2019.

Police say the vehicle they are looking for will have front-end damage.

There were two men in the vehicle and police have also released their descriptions.