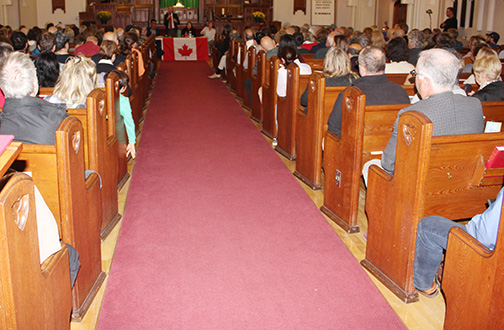 Residents attend a Candidates Debate in the Beaches-East York riding on Sept. 30. The final list of candidates in this month's federal election has now been released by Elections Canada. Photo by Alan Shackleton.

Here is the official and final list from Elections Canada of the candidates running in this month’s federal election in the three ridings covered by Beach Metro News.

Federal Election Day is Monday, Oct. 21. Advance polls will also be held from Oct. 11 through to Oct. 14.

The deadline for candidates to register to run was Sept. 30, and this final list of candidates was posted by Elections Canada on Oct. 2.