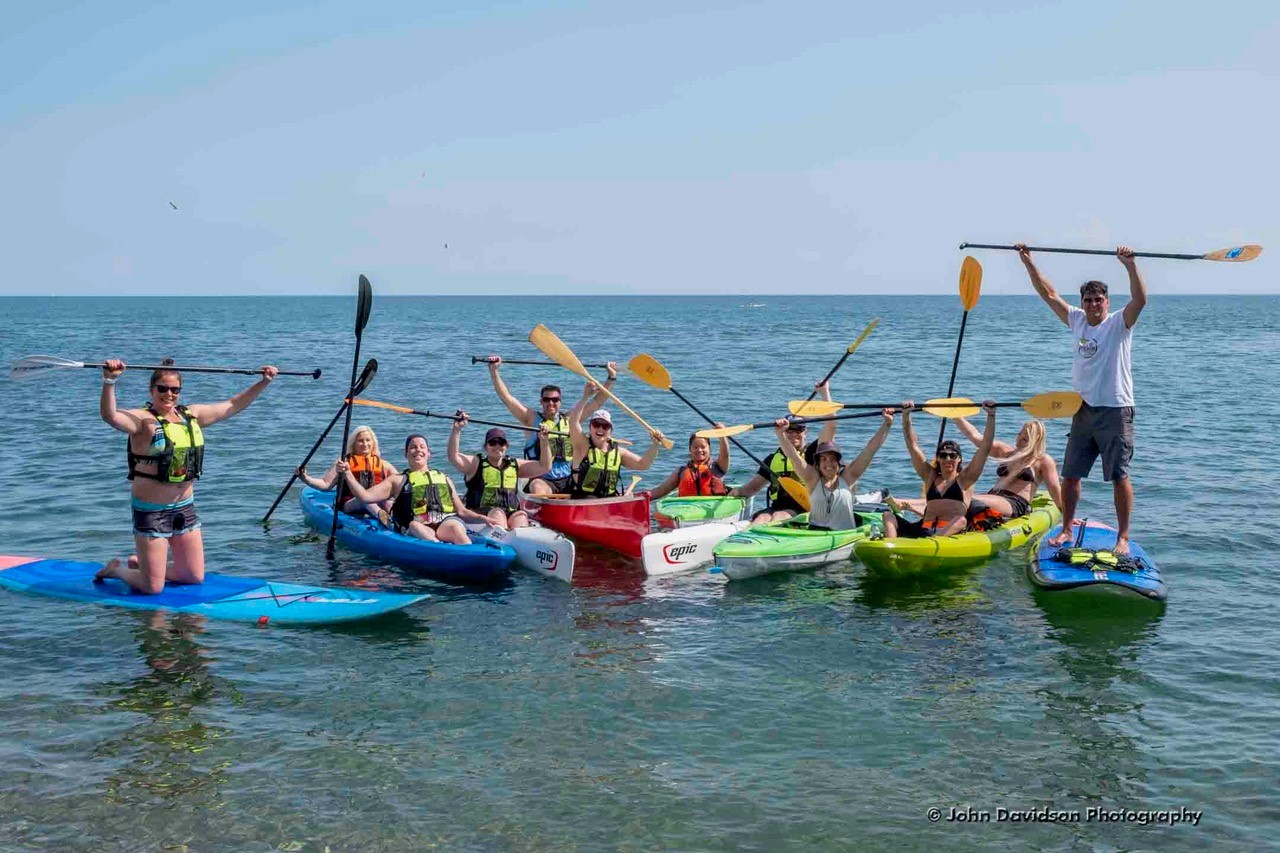 Members of the Canadian Women’s National Wheelchair Basketball Team gathered at Balmy Beach earlier this week to take to the waters of Lake Ontario in kayaks, canoes and paddleboards for a team bonding event.

The athletes and coaches on the team paid a visit to IPaddle Adventures for the session on the afternoon of Wednesday, July 24.

The team heads to the Parapan American Games in Lima, Peru on Aug. 18. The Games are taking place between Aug. 23 and Sept. 1.

The Canadian Women’s Wheelchair Basketball is presently training at the Canadian Sports Institute at the Toronto Pan Am Sports Centre in Scarborough, and they took a break to get out on the lake and build some team spirit at IPaddle.

“We thought we wanted to do something fun together and work on team bonding,” said player Erica Gavle, who is originally from Prince Albert, Saskatchewan.

After wrapping up training in Toronto, the team heads to Montreal from Aug. 13-18 prior to setting off for Peru.

The United States are the defending gold medal winners for women’s wheelchair basketball at the Parapan American Games.

Brian Quinn, of IPaddle, said he got the call from the team earlier this week and he was happy to help organize the event for the athletes.

“We can facilitate an event for folks with wheelchairs and get them onto the water, and we were pleased that they asked us,” he said.

IPaddle has been renting kayaks, canoes, and paddleboards (along with lessons on how to use them) as well as offering yoga on paddleboards and more for 10 years. They started in Minden and have been operating at Balmy Beach for the last three years.

“They had heard of us, and said they wanted to go for a paddle,” said Quinn.

Members of the team quickly took to a variety of kayaks (both single and double), paddleboards and a canoe and headed out for a paddle on the lake including a gathering of the watercrafts offshore.