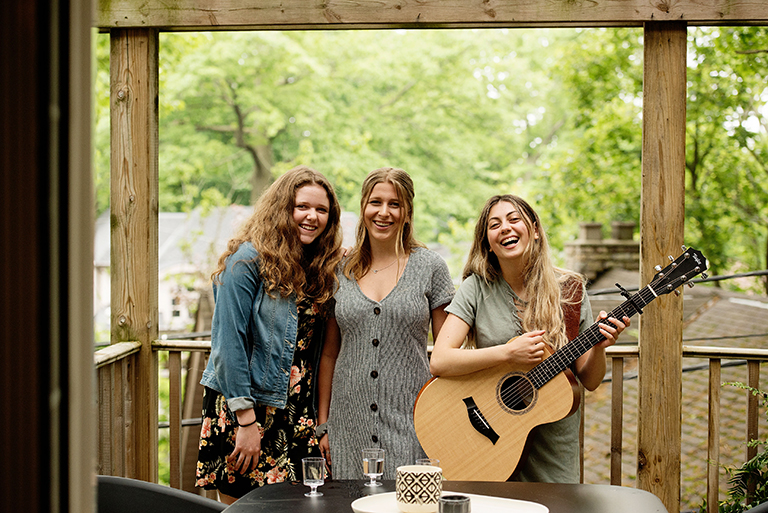 She hired singers from Malvern Collegiate to entertain those looking through the nostalgic Beach home on Pine Avenue which was built in the early 1920s.

Warrington, who is also a Malvern grad, recently saw Maggie Casey, Maddie Stewart and Mya Stifani perform in their group Mcubed, and said she was blown away by their talent.

“I’ve had live music at my open houses a couple of times and find it’s such a great way of showcasing the ambience of a home,” Warrington told Beach Metro News.

“It also really relaxes buyers and gives them the opportunity to appreciate a different setting in a home. I thought what better than to hire these Grade 10 ladies for my evening open house at 38 Pine, especially when the setting is this incredibly nostalgic Beach home on the red brick road – Pine Crescent.”

A big supporter of local talent, Warrington also called in Alisa Arbuckle or Ali-oop Photography, a friend of hers and an amazing local photographer, to take photos of the girls.

She was kind enough to share the photos with Beach Metro News.

“I’ve had the privilege of growing up here, going to school at Malvern and next year two of my girls will also attend Malvern,” Warrington said.

Everyone who attended the open house was amazed by the girls’ performance, she said.

“Their talent is truly staggering,” said Warrington of the girls.