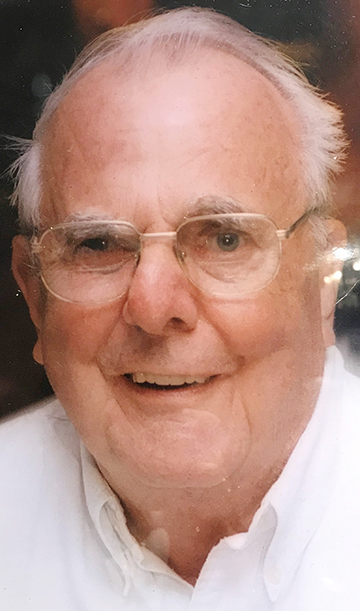 Ted Randall, the longtime owner of Randall's Stationery on Kingston Road and Beach icon, died at the age of 88 at the end of May. Photo: Submitted.

Ted Randall, the longtime owner of Randall’s Stationery on Kingston Road, is being remembered as the heart of the Beach community.

Randall died peacefully at the age of 88 on May 27 at the Taunton Village retirement home in Oshawa with family by his side.

Born in September of 1931, he was known by everyone in the Beach and was the second generation of his family to own the store at 964 Kingston Rd.

“He was always in the shop and everybody would come and talk to him to get the latest news,” remembered his nephew Doug Newton.

Newton, along with his sister Karen and Ted’s son Jeff all worked at the store while growing up. Doug and Karen later went on to run the store after Ted retired.

“We pretty much all grew up there as kids,” Newton remembered. “We’d be helping count inventory at age 8 or 9 and then worked there as teenagers as well, as did many of our friends in the neighbourhood. The store was our second home.”

Newton said Randall’s genuine interest and concern for people was what made him such a special and beloved member of the community.

“He was a very warm man. He would always be talking to people, asking how they were. He had a special way with people,” Newton said. “The dynamic was just so great in there.”

Being the go-to store in the community for school supplies, greeting cards, wedding invitations and more also meant that Randall knew what was going on in the life of the community, and that he played a part in the special memories of many residents.

Newton pointed out that being involved and helping people was part of Randall’s personality, and once he moved into the retirement home in Oshawa he soon ended up running a general store in the facility.

“He ended up running the general store there. I don’t think you could say he was ever retired.”

Randall was also a member of the Toronto Beaches Lions Club and for more than 40 years was one of the main organizers of the Easter parades. He was honoured with a Lions Club Lifetime Membership for his decades of community work.

Randall was also named the 2003 Beach Citizen of the Year. The October 2003 story in Beach Metro News announcing that Randall had won the honour pointed out that he was “an icon in the Beach for his selfless devotion to a number of local organizations.”

Newton said that wherever Randall travelled, he would come across people he knew either from the store or his involvement with the community.

Randall is pre-deceased by his wife Barbara. He was the father of Jeff (Beverly) and proud step-grandfather of Jenn and step-great grandfather to Hudson. He was brother to Robert, Paul, Gord, Carol and the late Eleanor.

His funeral was on May 31 in Oshawa, and Newton said many old friends from the Beach were among those who attended.