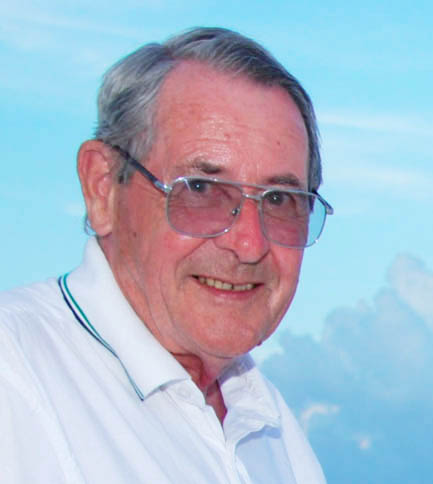 Brian Dow was a longtime resident of the Beach area who was devoted to the community. Photo: Submitted.

On March 6, we lost a funny, honest and loving man. Brian Leishman Dow was born on March 14, 1935 in Regina, Saskatchewan and died peacefully on Wednesday, March 6, 2019 at the Mississauga Trillium Hospital after a brief illness.

Brian considered himself a Beacher where along with Brenda, his loving wife of 57 years, he raised his three sons Bruce, Greg, and Stephen.

Throughout his lifetime he was a devoted community member, leading Scouts, volunteering at the Birchcliff Food Bank, supporting the activities at St. Nicholas Church and delivering papers for the Beach Metro News.

Brian took his commitments seriously and delivered papers from 1977 until a few years ago when his health no longer cooperated.

He was a stickler for doing things the right way and was famous around the newspaper bundling table for teaching newcomers how to tie a knot correctly so that the bundle was tight and never fell apart.

Brian loved the outdoors and many Beach kids were introduced to Canada’s national and provincial parks by joining along on Dow family camping and canoe trips. Brian saw to it that the campsite was always left in better shape than it was found.

Brian was extremely proud of his three sons, Bruce (Ann) of Halifax, Gregory (Alla) of Toronto, and Stephen (Trity) of Mississauga, to whom he passed along integrity, devotion to family, and appreciation of good tools.

He will be greatly missed by his six grandchildren (Madeline, Genevieve, Eric, Natalie, Lily and Evan) who are the grateful recipients of his love and support.

Brian loved to tell stories but didn’t mince words. He called it as he saw it, sometimes to the chagrin of Brenda, who didn’t always approve of his occasional use of colourful language, especially around the grandchildren. His motto in recent years was “Don’t get old if you don’t have a sense of humour!”

Brian was a stock broker for 25 years and a strategic thinker. As a young man, he taught bridge at the YMCA where he wooed Brenda, one of his students, with his impressive card skills. His grandchildren are the proud beneficiaries of his card game savvy.

He loved to travel and in his retirement years he and Brenda explored over 40 countries on four continents. Brian made a point of learning a bit of the language in whatever country he visited. His travels came full circle last summer when he enjoyed sailing with family on the Bluenose II, carefully comparing the rigging to the model he’d built years earlier with the boys.

The oldest child, Brian is predeceased by his brother Allan (Mary) and lovingly remembered by his brother Fraser and his sister Joanne Turnbull (Gordon).
He will also be missed by his many friends, especially the May Day group with whom he shared laughter and beer for the past 60 years.

A Celebration of His Life will be held at a later date.

In lieu of flowers, the family would appreciate donations to Variety Village or Providence Healthcare. These organizations made a significant impact on Brian’s life and he greatly appreciated the people who work there.

– This obituary was written by Brian’s daughter-in-law Ann Fox.