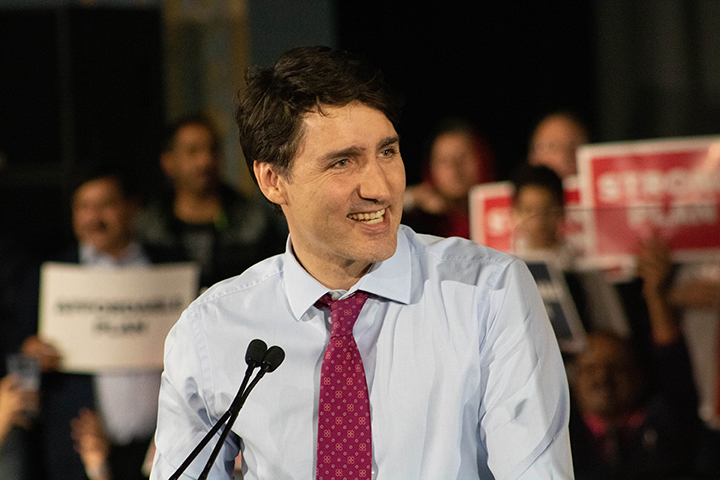 Prime Minister Justin Trudeau’s effort to steer attention away from the SNC-Lavalin affair was outshone by another resignation from cabinet yesterday, hours before his Climate Action rally on Danforth Avenue.

Before his scheduled campaign event, which took place at Toronto’s Danforth Music Hall last night (Monday, March 4), Jane Philpott, the former President of the Treasury Board, shared her resignation letter on Twitter.

“Sadly, I have lost confidence in how the government has dealt with this matter [SNC-Lavalin] and in how it has responded to the issues raised,” she wrote in her letter.

Taking the stage at the Danforth Music Hall an hour later than originally scheduled, Trudeau first began his speech by asking if there were any Liberals in the house. Then, addressed the giant elephant in the room and said he knew Philpott’s resignation was coming.

“I want to thank Jane for her service, for making tremendous progress on eliminating oil water advisories on reserves, to working on the Next Gen solution for the Phoenix pay system,” Trudeau said. “She worked tirelessly with this team to achieve transformational change.”

The letter, although addressed to the PM, did not mention him specifically.

“In a democracy like ours and in a space where we value our diversity so strongly, we’re allowed to have disagreements and debate. We even encourage it,” he told the crowd.

Adding that the matter has generated an important discussion; there are more questions still to answer and more to be said in the coming days and weeks, he said.

“We need to keep in mind the bigger picture,” Trudeau said, switching into full-campaign mode speaking about climate change and commenting on Conservative Party leader Andrew Scheer’s negligence on the environment.

However, it seems Trudeau can’t catch a break.

During his speech, the prime minister was interrupted numerous times by spontaneous hecklers and a scuffle in the crowd. One woman was shouting about pigs and agriculture, and others about pipelines and the testimony of former Attorney General Jodi-Wilson-Raybould. One Trudeau supporter, an older man, even shoved a protesting woman into the crowd. Outside, some people called him “two-faced” and another group held up a giant aluminum foil resembling a pipeline.

Toronto-Danforth MP Julie Dabrusin opened the night with her take on Climate Action and she was then followed by Minister of Environment and Climate Change Catherine McKenna.

“I have voted for greater transparency, and would like to a see an independent process to get to the bottom of it. Until we’ve heard from others and have a full picture of what took place, it’s impossible to come to any final conclusion,” Erskine-Smith told the Beach Metro News in an email Tuesday afternoon. “In the meantime, I worry that this might put into jeopardy the meaningful progress we’ve made to reduce carbon emissions, end boil water advisories on reserves, and help 825,000 Canadians out of poverty.”

“It was encouraging to see hundreds of people show up in the freezing cold to support our Liberal government’s plan to put a price on pollution and return the revenue to Canadian families,” he wrote. “There is no issue more important than tackling climate change, and it is critical for political leaders to continue to draw public attention to the need for climate action at every opportunity.”