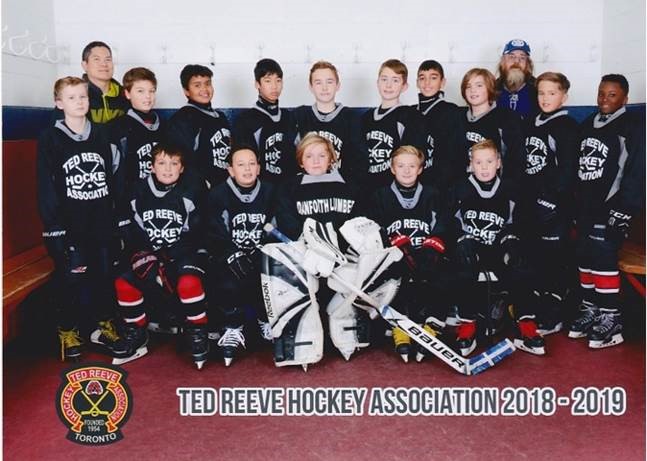 The Ted Reeve Hockey Association peewee team for the 2018-19 season. The association will officially mark its 65th anniversary this October.

The Ted Reeve Hockey Association will officially mark its 65th anniversary this October, but plans are already in the works for the celebration.

Stephen King, president of the TRHA, said a committee that includes member of the Ted Reeve Arena Board of Management is working on a number of ways to celebrate the 65th and more details will be available in the fall on what exactly those plans are.

In the meantime, the association can look back a long and fascinating history.

And King has been a big part of that history, volunteering with Ted Reeve Hockey Association for more than four decades.

“I’ve been here for 44 years now,” he said during an interview at the rink on a recent cold Thursday night.
“It’s the volunteers that have made it what it is.”

Back in the early days there was no shortage of volunteers to help run the hockey and other activities taking place at Ted Reeve.

“Back in the old days there was no shortage of dads to help out with the hockey, but we still have volunteers who have been here for decades,” he said.

For many of those volunteers, Ted Reeve hockey and the arena itself are central part of the community’s life and it’s been that way since before 1954.

The 65 years of community spirit that have been the cornerstone of the arena and hockey association named after him will be celebrated this coming October.