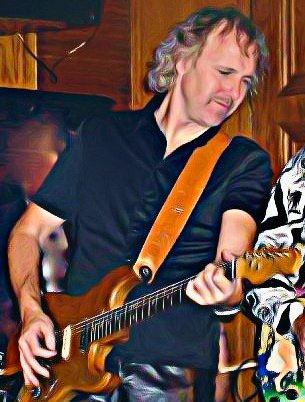 Starting Jan. 9, Oldland brought his Wednesday night open mic/jam sessions to the Salty Dog. He had built up a strong following in the past year for the sessions at the Beach House, across the street. The Beach House closed up permanently at the New Year.

Known professionally as TonyO, Oldland runs a tight and fast paced show at his Variety Jam Night gigs, from 8:30 p.m. to 12:30 a.m.

He hosts and performs backed by pros Jeff Kahl on bass and Ross Ince on drums, and attracts a roster of very competent local talent.

Many are pros themselves, such as Sambea Cochrane, who was promoting her second album last week. Next week, on Wednesday, Jan. 23, Beach-based band The Two Fours are TonyO’s special guests for a feature set.

TonyO has fronted successful Toronto rock bands such as Cloud-9 and Domino for decades, as lead singer and lead guitarist. He currently fronts several bands, and performs regularly at Salty Dog to a full house as part of The Beachles, a Fab Four tribute band he founded.

On March 15, he will lead old-time rock & roll band Pontiac Pilates & The Profits at The Newfoundlander, at Birchmount and Danforth roads in Scarborough.

Oldland has been a Beach resident since 1968, and he attended Kew Beach and Fairmount public schools, and Monarch Park Collegiate.
He makes a point of visiting as many local venues in Toronto’s east end as time permits to support and cheer on other musicians.