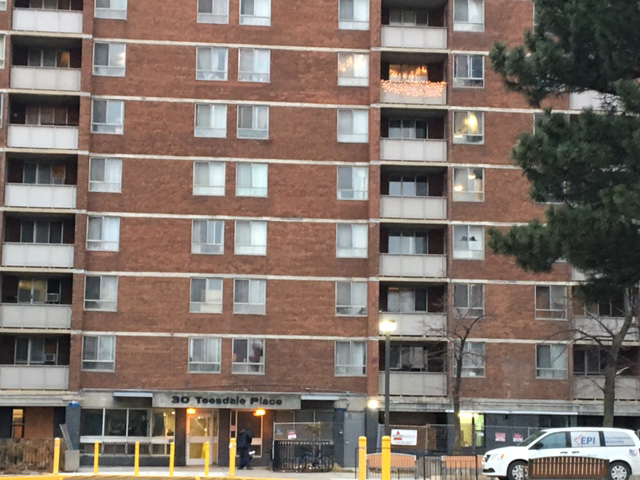 Emergency crews were called to 30 Teesdale Place after a six-year-old girl's clothes caught fire. The girl suffered serious but not life threatening injuries.

A six-year-old girl suffered serious but not life-threatening injuries after her clothing caught fire while she was in an apartment in southwest Scarborough on Saturday afternoon.

Emergency crews were called to an apartment at 30 Teesdale Pl., in the Pharmacy and Danforth avenues area, at approximately 12:10 p.m. on Dec. 15.

Once there, a six-year-old girl was found with burns to her body and clothing. She was taken to hospital suffering burns to 18 per cent of her body. Her injuries are not life threatening but they are serious.

Police were also called to investigate, and it has been determined that the incident was accidental. Details on how the girl’s clothing caught fire were not released.