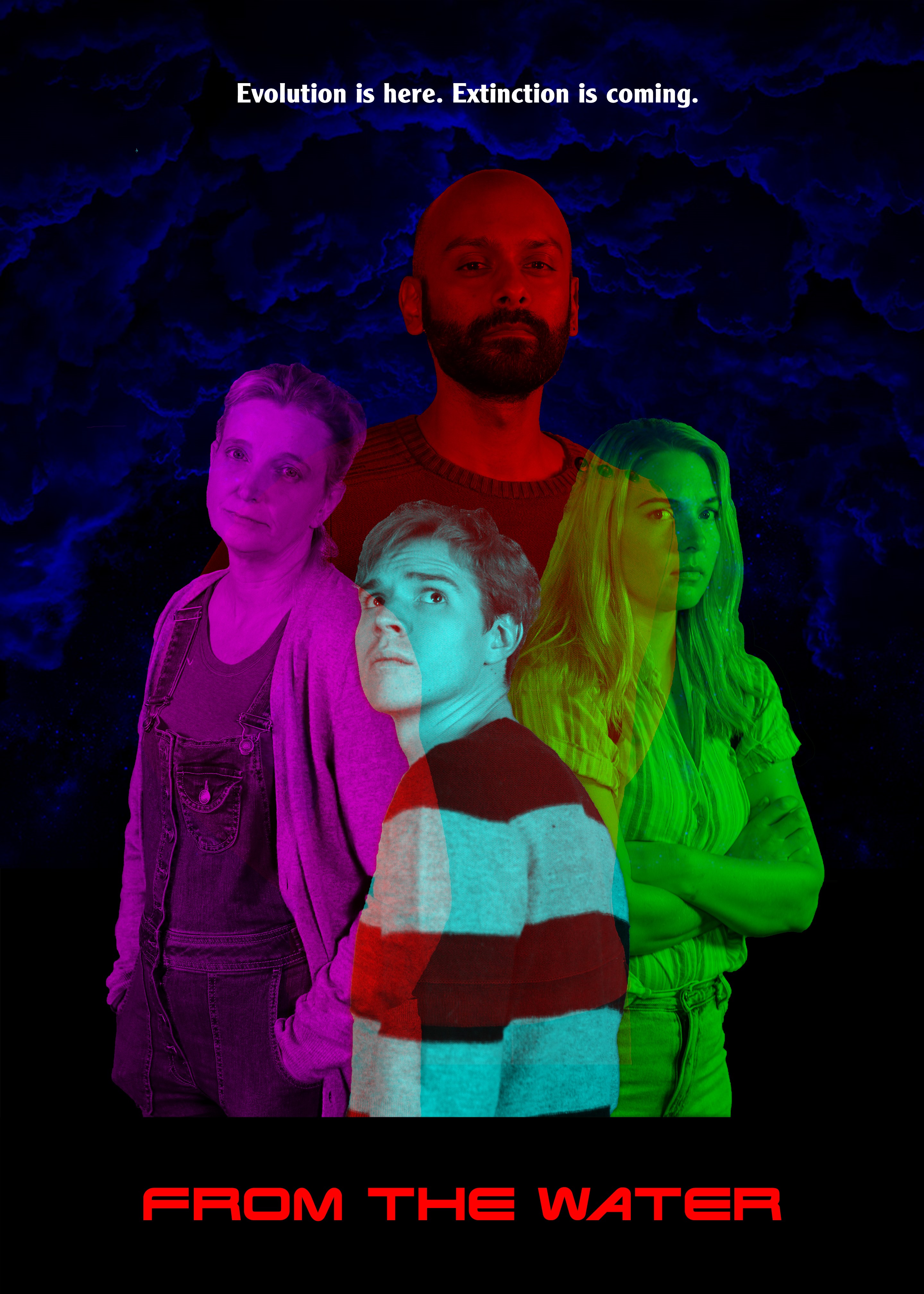 Seven Siblings Theatre stages From the Water this month at Tarragon Extraspace.

Producers Will King and Madryn McCabe from the Beaches-East York area are excited to see their play, From the Water, hit the stage after a year of development.

Written by and starring Will King, From the Water, is a domestic drama in a supernatural crisis. Millions of people are disappearing, civilization is moving underground, and the downfalls keep coming. Alex wants to stay, Peter wants to fight, Ava wants answers and the numbers are preparing for a new world. This grounded science fiction thriller uses creatures and clones to define what it means to be human, and explores the strength it takes to fight against an unstoppable force.

Most of the play takes place in Alex’s living room, however, the world outside of this ordinary home is unlike anything anybody has ever experienced. The play was written using a distinct style of Fantastic Realism. It has elements of every day life to connect with the audience but it also has heightened elements of science fiction to bring a level of imagination and interest to the plot.

“That’s what gets us excited. It’s not really like the world we live in day-to-day but you can very easily imagine yourself in these scenarios,” McCabe said.

According to King, of all the science-fiction plays and movies, the most thought provoking are those about human clones. King’s fascination with clones inspired him to write the play.

“Whenever I’ve talked to anyone about clones, there’s both an interest and an existential fear of what happens if we could be replaced,” King said.

King says the clone conversation always turns into a nature versus nurture debate.

Though the show involves clones, the end product is an engaging performance about love, loyalty, defining identity and what it truly means to be “home”.

Since the play was written by and starring King, it was easier for the other actors to connect and give their input and opinions on the script. According to King, the team made suggestions based on defining the story and really took care of the audience in terms of clarity.

“In a world that’s so heavily stylized and high-concept when it comes to science-fiction, finding ways to be really clear and simple with people so they can get on board with it is very valuable.” King said.

After months of making changes, memorizing lines and receiving feedback from people, the team is ready to bring their science-fiction thriller to the stage.

“I wanted to make sure the actors had time to make the discoveries that are present in the text.” King said.

Seven Siblings Theatre will be performing at the Tarragon Extraspace, which is located at 30 Bridgeman Ave. The show is on for a limited time. Tickets are currently on sale for the Dec. 12 preview as well as the Dec. 13-16 performances.

Tickets can be purchased at www.tarragontheatre.com/show/from-the-water.