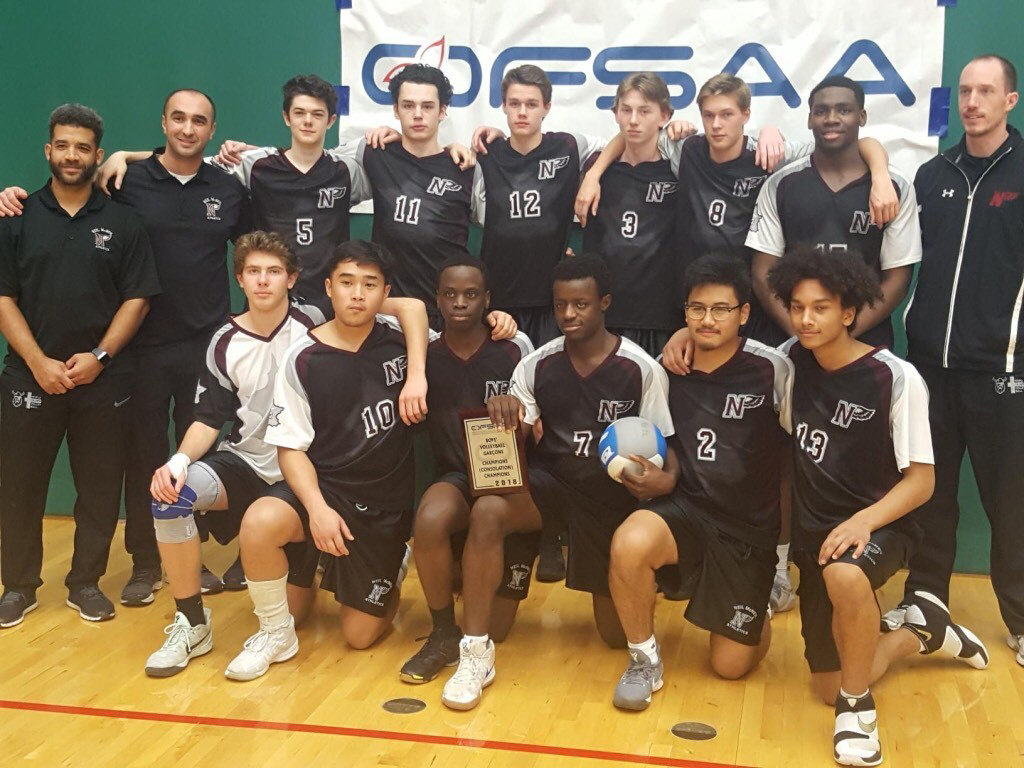 The team qualified for the Ontario Federation of School Athletic Association (OFSAA) championships earlier this month by winning their third straight Toronto title.

It was the third year in a row that Neil McNeil qualified its Senior boys volleyball team for OFSAA.

Heading into the tourney, which was for the top-ranked high school teams in the province at the AAA level, coach Dave Egan wasn’t making any predictions on how he felt his team would finish but he expected them to be competitive.

They were ranked ninth out of the 20 teams in the tourney, and by the time the dust had settled on Saturday that was where their ranking remained by virtue of being the consolation champions.

To qualify for OFSAA, Neil McNeil played in the Toronto Catholic District School Board (TCDSB) championships last week. To take the city title, Neil McNeil beat Senator O’Connor in the quarterfinals; Francis Liebermann in the semifinals; and Monsignor Percy Johnson in the championship match.

At OFSAA in Windsor, Neil McNeil started off with a pair of wins in pool play on Thursday beating both Ancaster and Lo-Ellen Park (from Sudbury) 2-0 in straight sets.

Friday’s pool games were not as successful for Neil McNeil boys as they lost both their games that day, falling 2-1 to St. Marcellinus (of Mississauga) and 2-0 to St. Peter’s (from Barrie).

By winning the consolation crown, Neil McNeil ended up with a ranking of ninth overall in Ontario. That means they are one of only two schools to finish in the Top 11 at OFSAA for four consecutive years. The other school is Mississauga Secondary.

“I’m very proud of the way our team played over the course of the tournament,” said Egan.

“The boys played especially well on Saturday with two convincing wins over quality teams to win the consolation side of the playoffs. Our Grade 12s, Nanle Yusuf and David Kiswa, ended their high school careers playing at a very high level.”

And the future is bright for the team, with five returning starters slated to be with the team next season.

Also, Neil McNeil will be hosting next year’s OFSAA volleyball championships in Scarborough in November of 2019.

The coaching staff is made up of Egan, Tony Morale and Jason Milne.