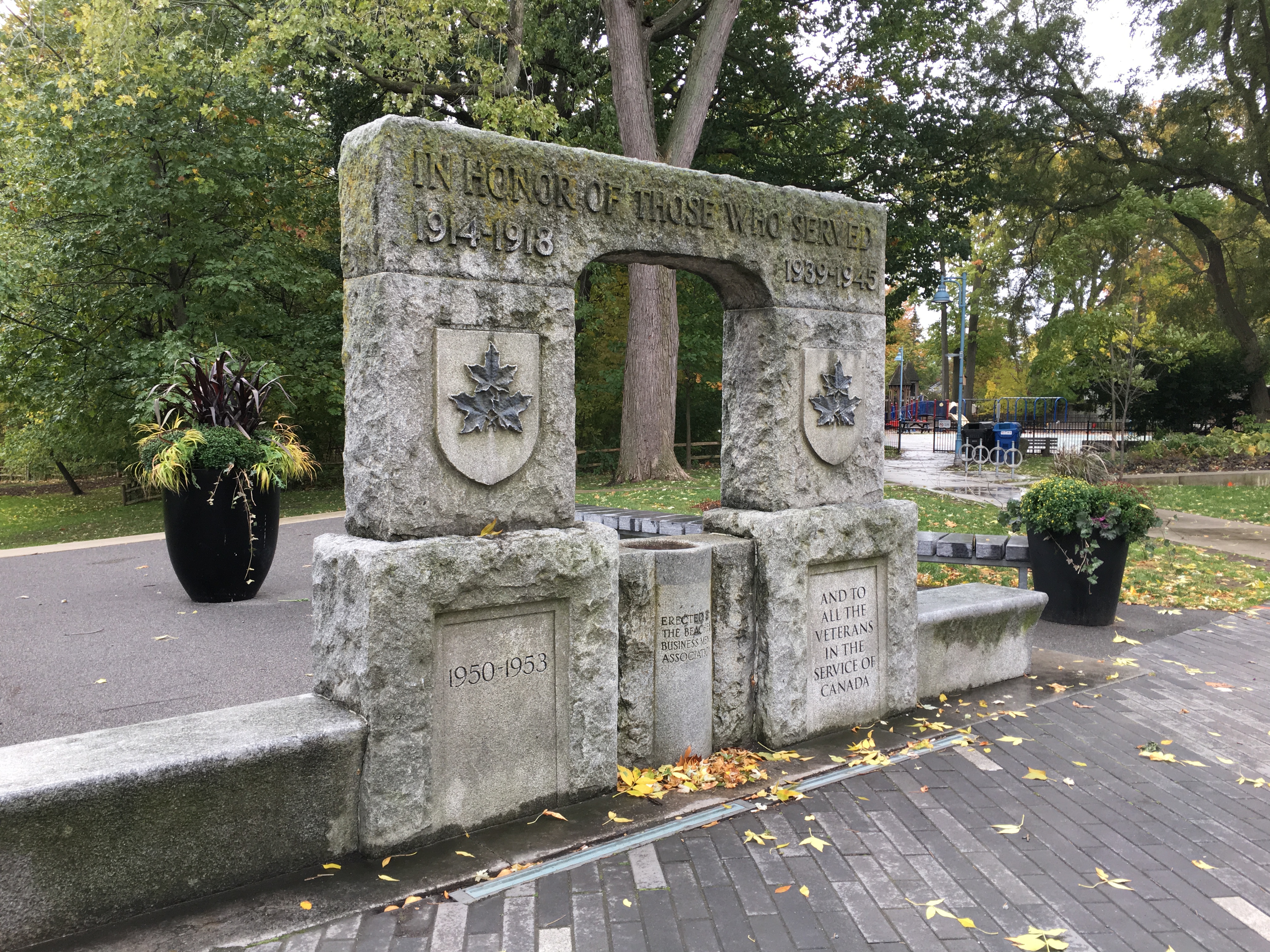 The cenotaph at Kew Gardens in the Beach. Remembrance Day ceremonies are set for this Sunday, Nov. 11, morning.

Local Remembrance Day ceremonies planned for this Sunday will have special significance as they will also mark the 100th anniversary of the end of the First World War.

The sacrifices made by Canadians during the First and Second World Wars, The Korean War, Peacekeeping missions and other conflicts will be honoured at local Remembrance Day services set for the Beach, East York and Scarborough on the morning of Sunday, Nov. 11.

In the Beach, the ceremony takes place at the Kew Gardens cenotaph, Queen Street East opposite Bellefair Avenue. It begins with a parade of veterans from Corpus Christi Church on Lockwood Road at 10:30 a.m. to Kew Gardens. The official ceremony at the cenotaph starts at 10:55 a.m.