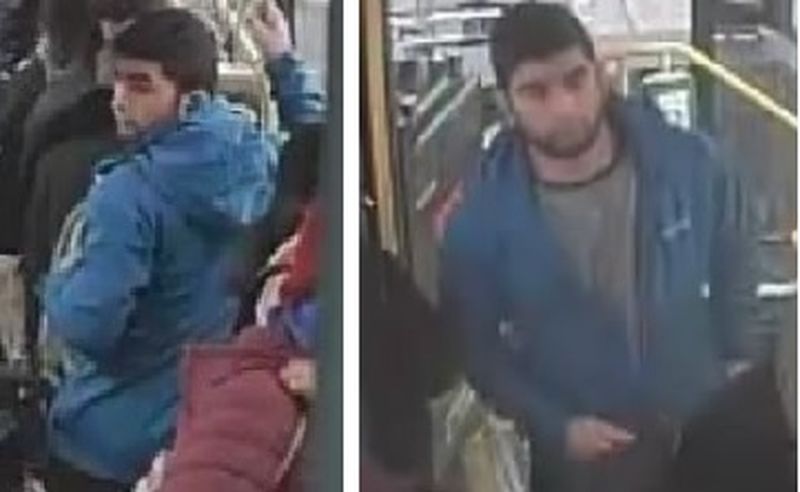 Toronto police have released these photos of a man wanted in connection with an alleged sex assault on a TTC bus at Victoria Park Station on Oct. 26

Toronto police are asking for the public’s help in identifying a man wanted in connection with an alleged sexual assault on TTC bus at Victoria Park Station.

The suspect is described as 30 to 35 years old, with a medium build, short black hair and a beard.

He was last seen in Victoria Park Station.

Police from Toronto police’s 41 Division released two photos of a man sought in connection with the incident on Saturday, Nov. 3.