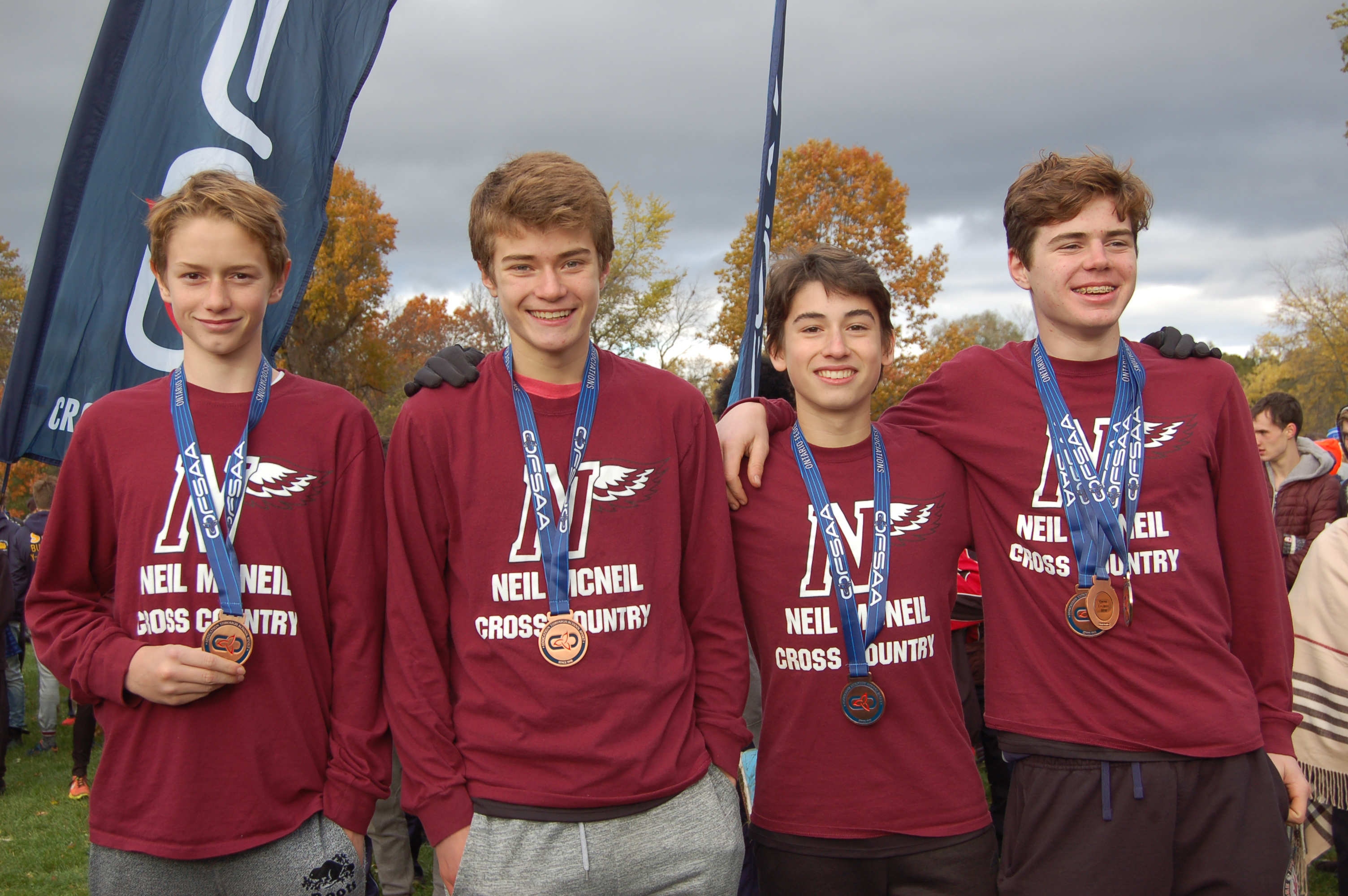 At the provincial meet, the Midget boys team won the bronze medal. Members of the Midget team who ran at OFSAA were Liam McCullagh (eighth), Matthew Jennings (58th), Jack Oldman (74th), Sebastian Hurtado (79th) and Diego Rollason (90th). A total of 36 teams and 268 runners took part in the race.

It was the 11th straight year Neil McNeil had sent all three of its teams to the OFSAA cross country championships thanks to their strong performances at the city finals.

Neil McNeil’s Midget and Senior boys teams both finished first in their races at the city championships, and the Junior team was second overall at the meet which took at Centennial Park.