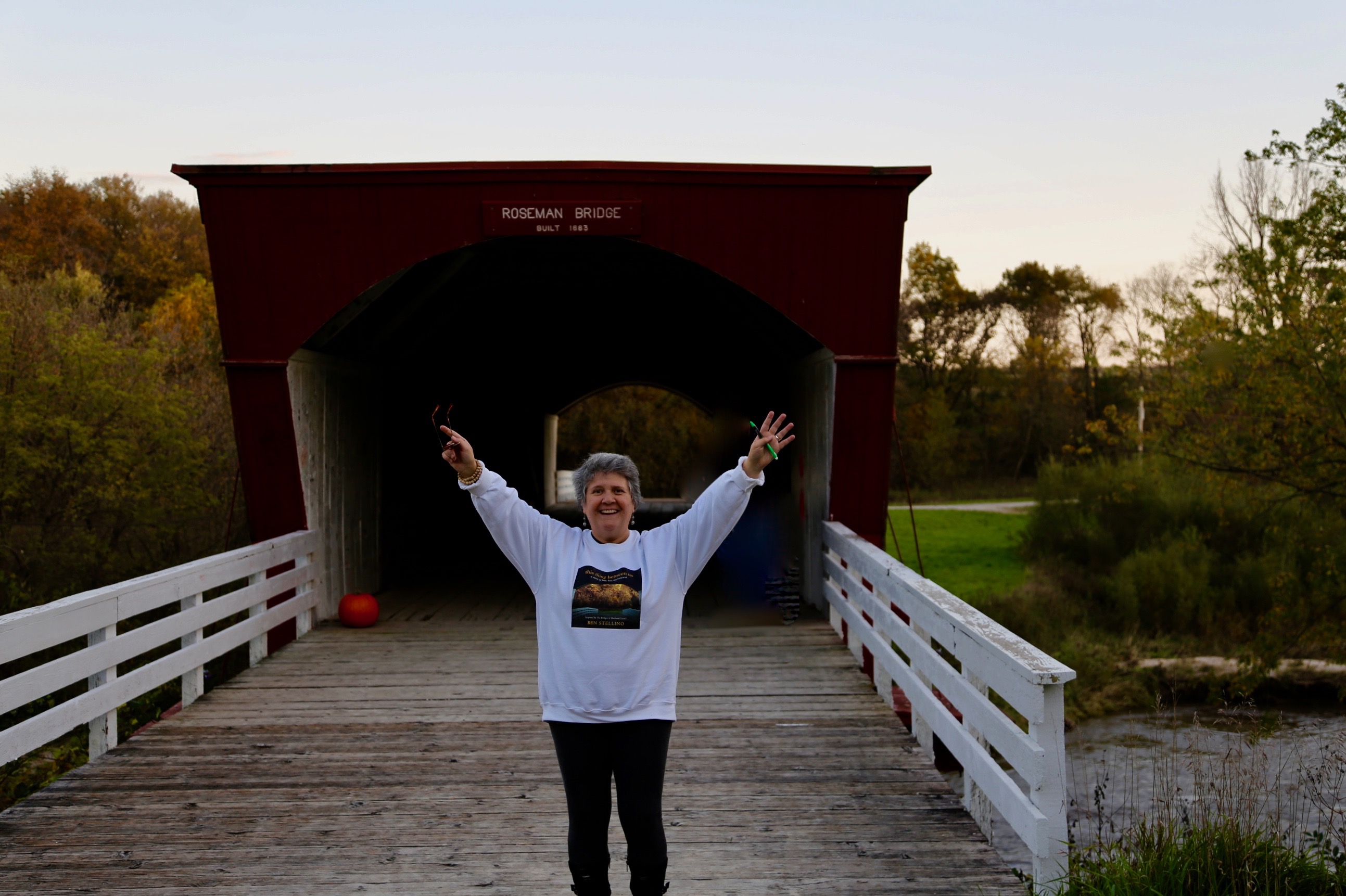 Author Ben Stellino at the Roseman Bridge in Iowa.

Local writer Ben Stellino just released her first book titled this thing between us. The official launch was at Roseman Bridge in Iowa, and the official Canadian book launch will be on Sunday, Nov. 11, at the Vandenberg House at 1400 Queen St. E. from 2 to 5 p.m.

The Sicilian born author moved to Canada when she was four and has lived in the Beach for more than 25 years.

“It’s my home. I love being by the water. It’s been very inspirational for me” Stellino said.

She was helping her niece move a year ago, and found the original manuscript for her book that she had bound.

“Since then I’ve worked on these poems tirelessly and traveled to Roseman Bridge with my niece to take photos you see in my book” Stellino explained.

Stellino’s book is based on the novel The Bridges of Madison County which was published in 1992 by Robert James Waller. “It quickly became an international bestselling novella, I read the book in ’94 and wept. It just really resonated with me,” Stellino said.

The Roseman Bridge is where Waller’s story takes place, and when Stellino traveled to Iowa she “saw people flock at this bridge, apparently it happens all year round.”

The bridge is extremely significant to the development of her book as is symbolizes a story of love, loss and renewal.

There are some references to Waller’s novella weaved through Stellino’s work, but at the end of the day it’s all about love.

“I really enjoy listening to everyone’s stories” she said, “One woman had come up to me at the bridge with a folded article in her bag and asked where to meet the author of this thing between us— it was magical to have my first published book recognized like that.”

Stellino has already started a second book about conversations with people she met at the Roseman Bridge during her American launch and hopes to release it within a year.

“It’ll be a perfect sequel to this thing between us, ” she said.

The self-published author said, “It can be a long haul” but after finding an editor and layout artist she is finally ready to share her writing with the world.

You can now buy copies at all Book City locations, on Amazon, and on www.thisthingbetweenus.com.

The launch on Nov. 11 will offer residents a chance to meet Stellino, get books signed and hear more about her story.