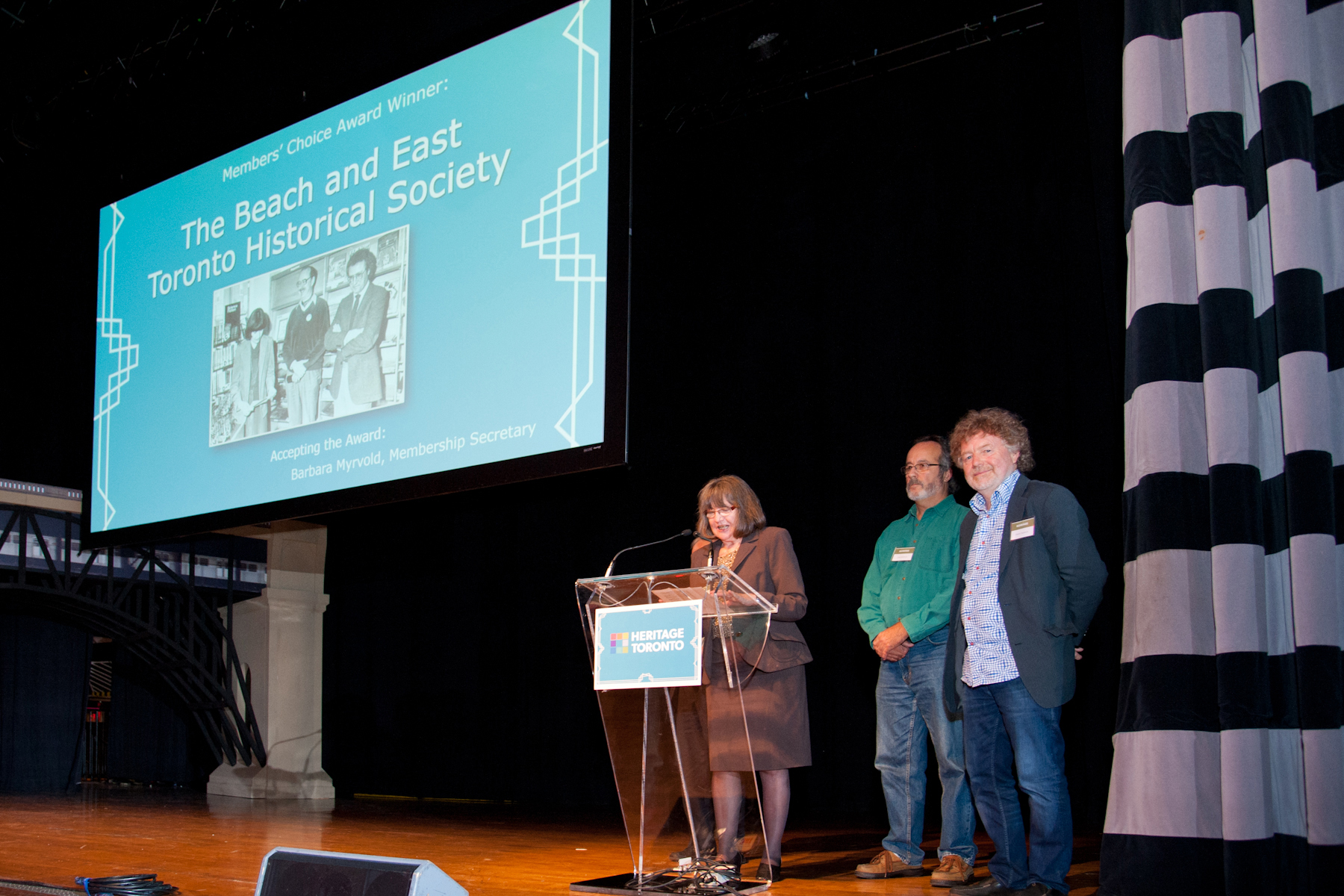 Barbara Myrvold accepts the Heritage Toronto Award on behalf of The Beach and East Toronto Historical Society. Also pictured are Glenn Chadwick (right) and Clyde Robinson (centre), but John Ellis, who was also on the stage, is not shown. Photo by Herman Custodio

The Beach and East Toronto Historical Society received The Members’ Choice award in the Community Heritage category, including a $1,000 cash prize, at the 44th annual Heritage Toronto Awards on Monday, Oct. 29.

“Recognizing extraordinary contributions to Toronto’s heritage,” the awards were announced at the Carlu in the historic Eaton’s College Street building.

The award program noted, “The Beach and East Toronto Historical Society preserves materials relating to the history of Toronto’s east end and communicates its work through local lectures, walking tours and other programs. The Society continues to work on the designation of Queen Street East and the Beaches as a Heritage Conservation District.”

In her acceptance speech, Barbara Myrvold acknowledged the long-time and ongoing support of the local community, including Beach Metro News, and of the board and staff of the Toronto Public Library.

She also noted, “We appreciate the recognition that this award gives to our Society, and are very grateful for the means it provides for us to continue our efforts to make our local history better known and to combat the forces that claim they respect our neighbourhood heritage while supporting developments that would destroy its unique character.”

She was joined on stage by fellow directors John Ellis, Glenn Chadwick and Clyde Robinson (directors Mary Campbell, a founder of the Society, Uwe Sehmrau, and Deborah Livingston-Lowe were unable to attend).

For more information on the Beach and East Toronto Historical society, please visit them at http://tbeths.com/index.asp