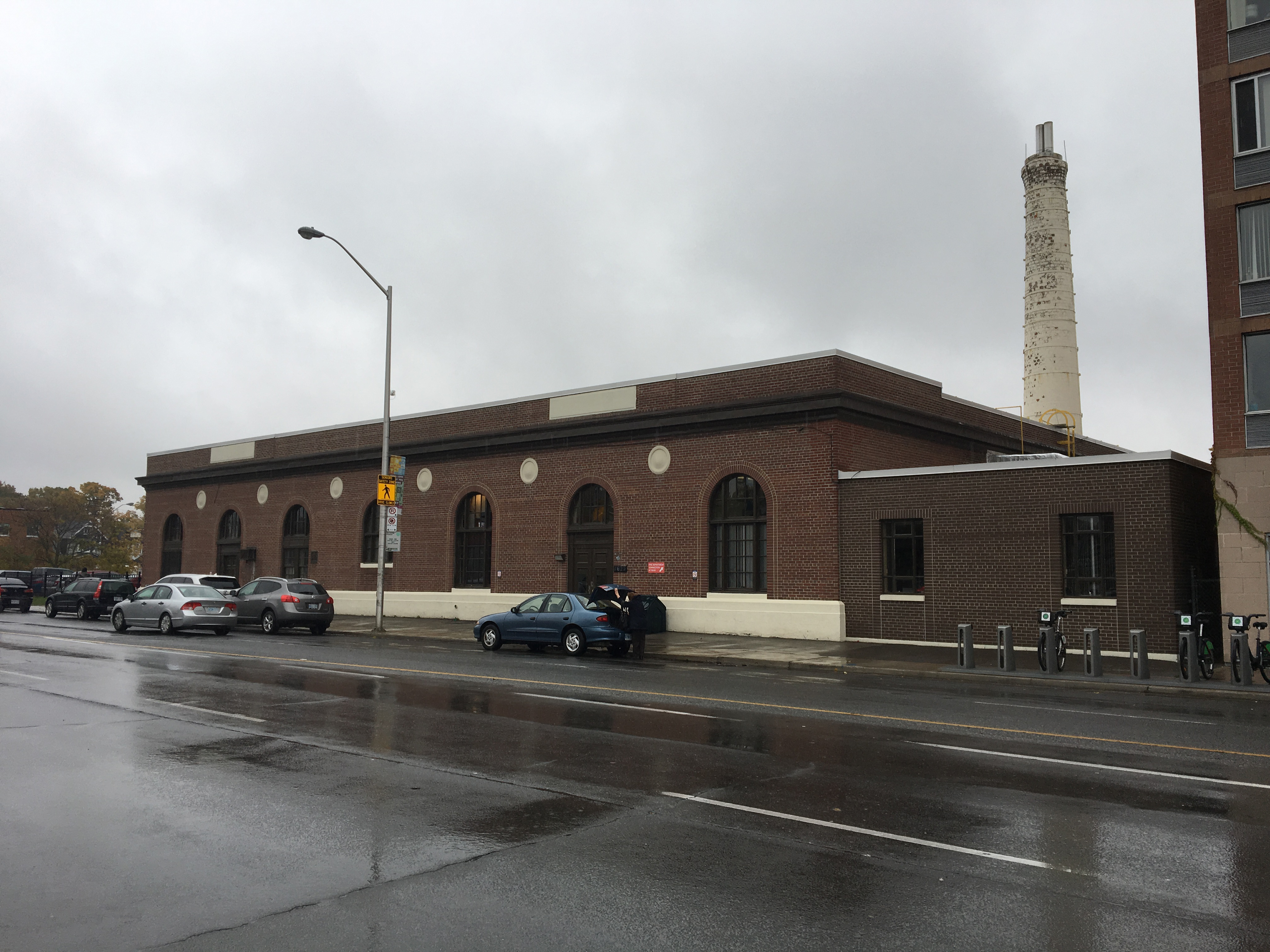 The Danforth Garage site at Coxwell and Danforth avenues will be redeveloped to include the new home of the merged 54 and 55 Divisions of Toronto police.

The cafeteria at Monarch Park Collegiate was bustling with residents, city councillors, architects and representatives of the Toronto police, the TTC and the Toronto Public Library during a public consultation meeting on future plans for the Danforth Garage site.

The meeting to discuss plans for the 5.05-acre site at the southeast corner of Coxwell and Danforth avenues took place Tuesday, Oct. 30. The project, which will house the TTC, the library’s Coxwell branch and will be the new home of the merged 54 and 55 Divisions of Toronto police, is expected to break ground next spring.

The meeting, led by CreateTO, was the second of three proposed meetings for the Danforth Garage Master Plan. CreateTO is a City of Toronto agency responsible for strategically planning and implementing the city’s existing real estate.

These meetings are an integral part of the master planning process and will be used to guide the development of the property, said Ryan Glenn of CreateTO.

Currently, the space is occupied by a TTC administrative office and their now defunct garage, with the Tobias House on the west side of the complex.

Ideas for the remainder of the “integrated civic hub” were focused on the addition of local businesses, community agencies and allocating space for arts and culture organizations.

The size of the Danforth Garage, he said, will be as big as the St. Lawrence Market and has a lot of potential uses.

The options revolved around the location of the anchor tenants, frontage design, pedestrian access to the hub, vehicle circulation, placement and size of green spaces and heritage preservation of a portion of the TTC garage.

The public also had an opportunity to voice their concerns about the new Danforth Garage expansion.

Right now, common concerns to be addressed are noise, traffic congestion and the potential relocation of the Toronto Public Library within the space, Glenn said.

There will be a third and final consultation meeting on Dec. 4. At that final public meeting, community members will have an opportunity to weigh in on the most popular concept option based on the feedback from this meeting.

Residents still have an opportunity to choose their preferred option until Tuesday Nov. 6. For more information on the project and to access the online feedback form, visit www.danforthgarage.com.