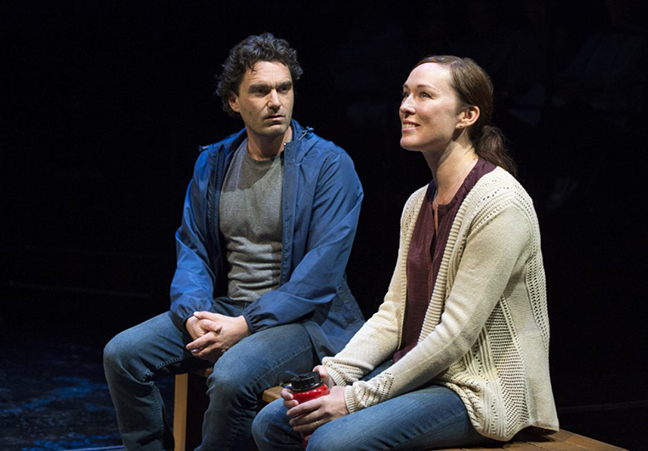 The Shaw Festival’s production of Middletown by Will Eno will be taking the stage in Leslieville.

Crow’s Theatre, in partnership with the Shaw Festival, is presenting the production from Nov. 12 to Dec. 1 at the Streetcar Crowsnest in the Guloien Theatre, 345 Carlaw Ave. at Dundas Street East.

The play is a look at small town life that “juxtaposes the existential with the quotidian and travels to outer space and back again,” according to the Crow’s Theatre press release.

After seeing Roe’s take on the play at Shaw, Crow’s Theatre Artistic Director Chris Abraham felt he needed to bring it to Toronto.

“Like many, after watching Middletown I left the theatre choked with tears, overcome with Meg Roe’s flawless rendering of Will Eno’s masterpiece. I knew right away that I had to share the share the experience with those that couldn’t make it to the Shaw Festival,” he said in the release.

Middletown is staged as an intimate, in-the-round theatre experience shared by both the actors and the audience. It tells its story in a series of vignettes taking place in an ordinary suburban town as the lives of the residents intersect on a journey that takes them from the local library to outer space and all points in between, said the release.

The play has earned rave reviews in both Canada and the United States.