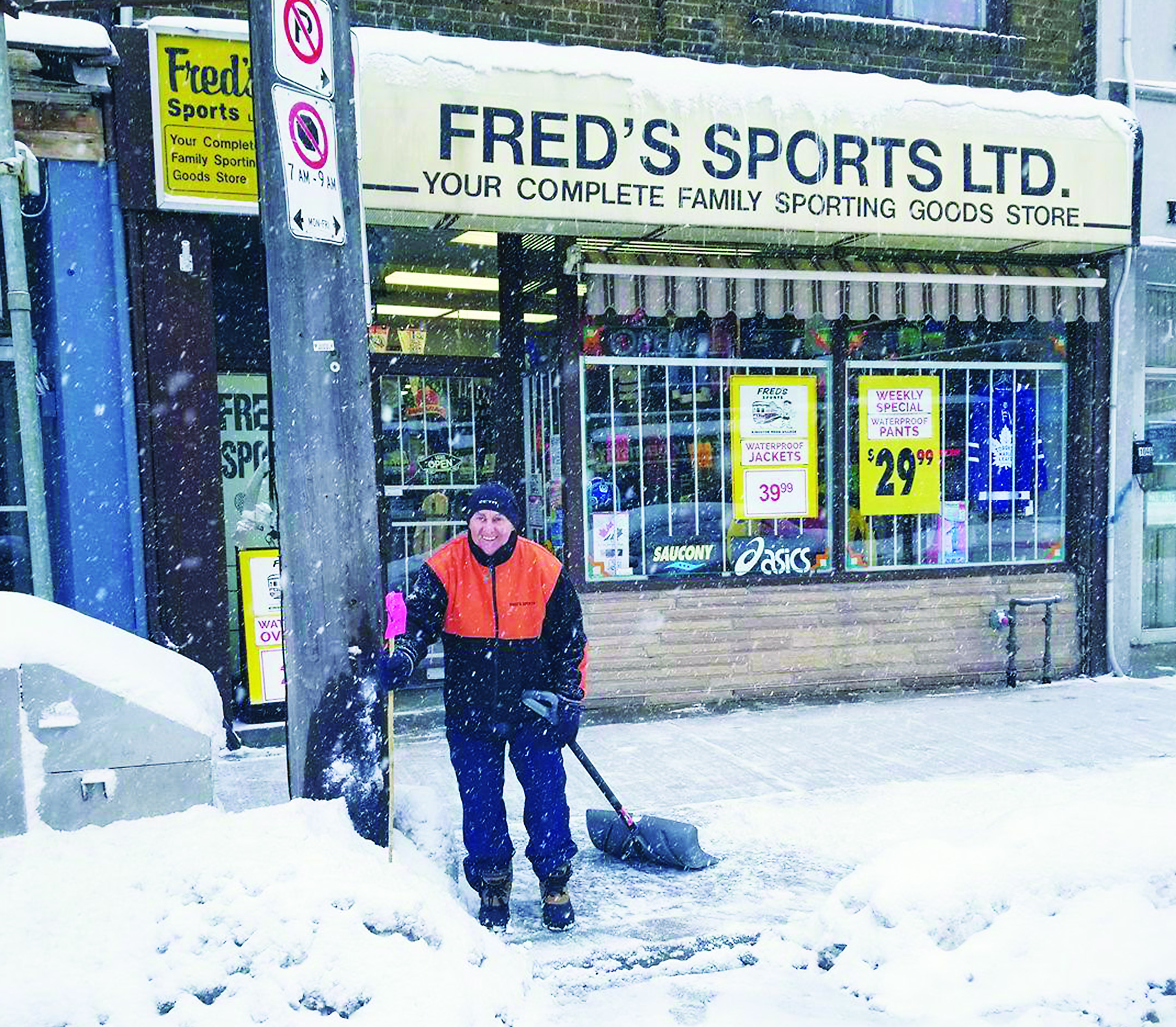 Several business owners that have been staples on the Kingston Road strip for decades closed their shops earlier this month, leaving loyal customers and neighbours wondering what this part of the street will look like in the years ahead.  Some shop owners, many of whom live in the neighbourhood, have seen first-hand the significant changes on the strip.

The shops closing include Kingston Barber Shop, whose owner, Sam, has been operating his popular shop for 44 years, Fred’s Sporting Ltd. which closed after 46 years last month, and Beaches Bake Shop, which has been open for 12 years. Some of the business owners have retired, while others have moved on to other ventures.  Each of these businesses has a reputation for providing excellent service and had a loyal clientele. For example, Kingston Barber Shop (or Kingston Hair Styling depending on which sign you read), is still receiving five-star reviews on Yelp.

Although it’s sad to see these the long-standing businesses leaving the neighbourhood, it is not all bad news says Scarboro Music store manager Josh Dielaman. He believes that when old businesses leave, new ones soon come along. “This neighbourhood is supportive of local businesses and that is why Sam and Fred did well and stayed in the area for so long. Now that they’ve retired and moved on, new businesses will take over,” says Dielaman. The popular music store he works at has been operating for over 60 years on the corner of Kingston Road and Victoria Park Avenue. “The only downside to this is not being able to see the same faces every day in the area. You get used to seeing them around for years and now it is going to be different, but there will be new opportunities and it is a positive thing for the neighbourhood,” he said.

Sharon Smyl, the owner of Collected Joy and the head of the Kingston Road Village Business Community which helps local businesses stay connected, is also a long-time shop owner and resident of the Beach and shares the same view as Dielaman. She says the neighbourhood is “thriving” because customers choose to shop locally and the strip has seen a significant growth in the number of local businesses that have opened in the last year. “We are seeing a great evolution in the neighbourhood.The community is changing and offering new opportunities to people because local businesses are being supported by local people,” said Smyl.

As of now, Fred’s store has been sold and is currently under construction for what is expected to be a fruit market, said Smyl, and Sam’s store is up for lease.  In the last couple of months, Kingston Road has become home to some new stores such as the Big Carrot, Freshii, and Chocolatta to serve the community.  The decades of service these proprietors have given to their community will be remembered fondly by many. As Smyl refers to them, they are “pockets of goodness” in a big growing city like Toronto.