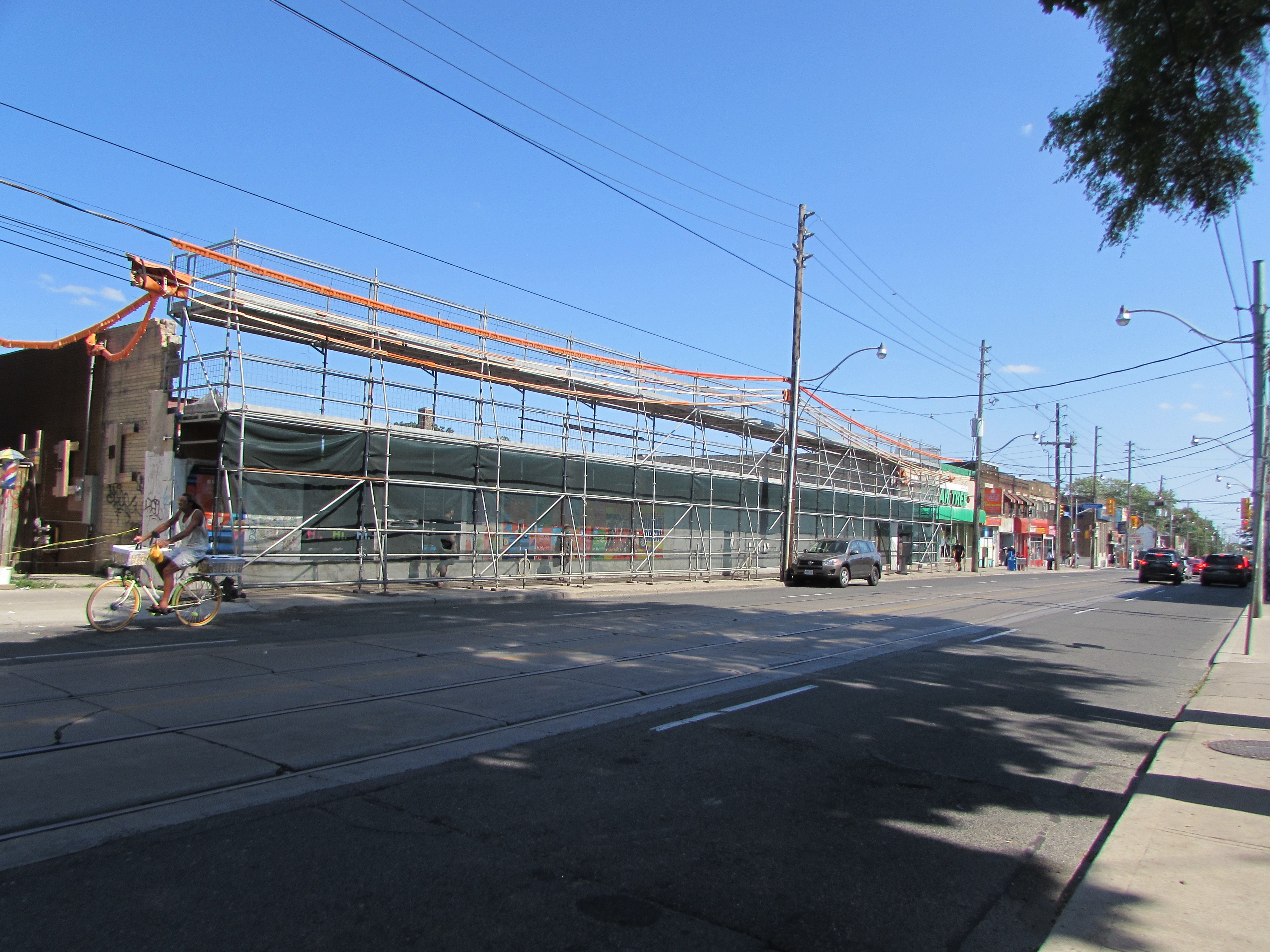 Area residents have been asking for an update regarding the Gerrard Street and Coxwell location of No Frills. According to Loblaw's PR department, it won't be opening until next year. PHOTO: Susan Legge

Beach Metro News has learned that the reopening of Rocca’s No Frills grocery store on Coxwell and Gerrard Avenues is delayed until next year. “We are dedicated to opening a fully renovated Rocca’s No Frills,” said a representative from Loblaw Public Relations in an email.

“Unfortunately we have experienced some unforeseen delays in construction and won’t be opening the store until 2019.” The shuttle bus to

Dave and Charlotte’s No Frills on Carlaw Avenue will continue to operate “and will do so until we reopen Rocca’s No Frills.”

A rendering of the No Frills location is shown below.