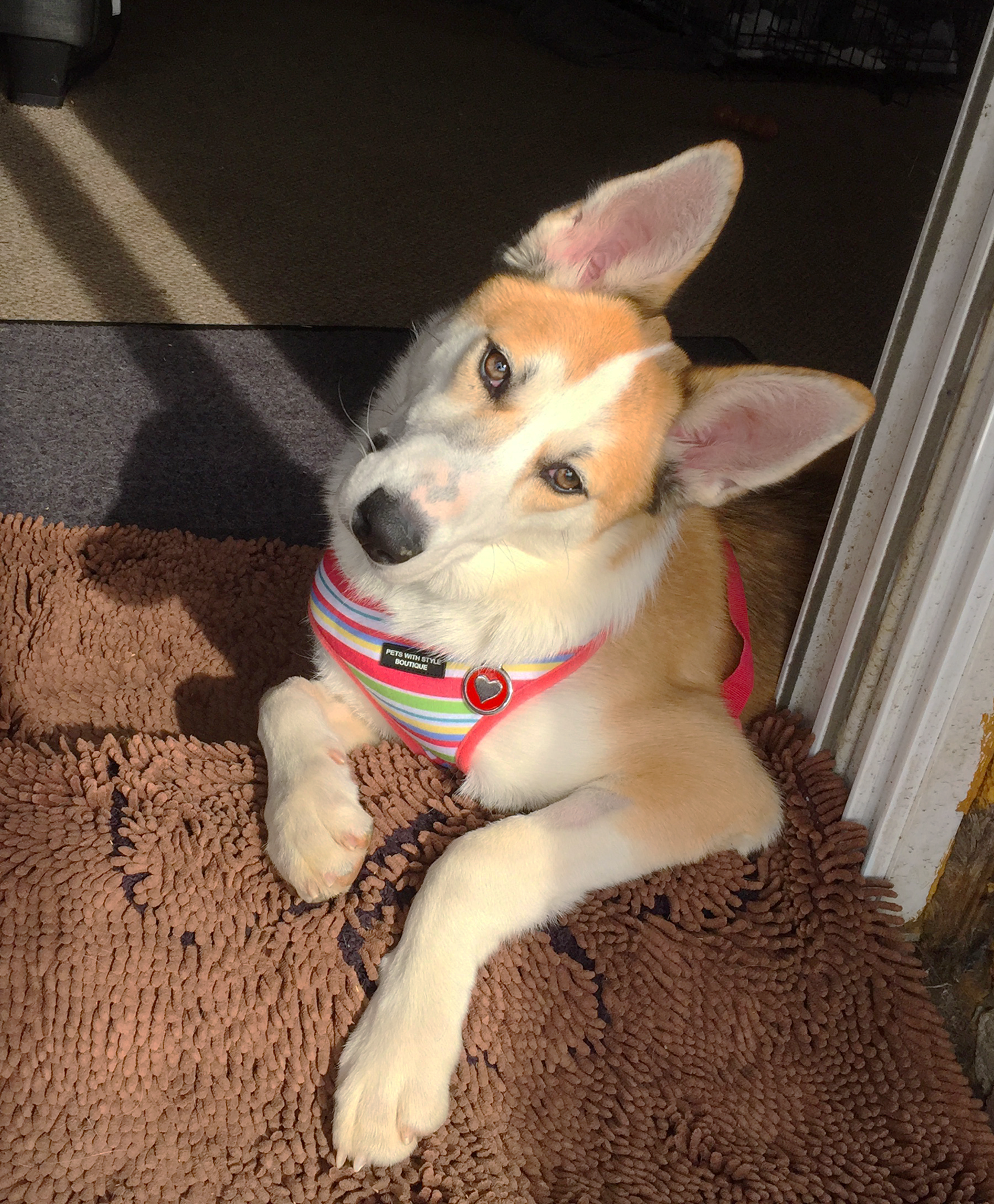 Alice, the 10-month-old Husky mix, is off to ‘Charm School’ for a month PHOTO: Contributed

Peer through the looking glass and you’ll see the similarities between the real Alice in Wonderland and the adorable 10-month-old Husky mix pictured here. They share much the same “muchness”! They’re both brimming with curiosity, adventure and wild imagination. Such qualities are highly valued by any self-respecting storybook character determined to win your affections and inspire you to greatness. After all, wasn’t it the Cheshire Cat who said “Imagination is the only weapon in the war against reality”? Considering reality as we currently know it, I’m all for following Alice down the rabbit hole.

Thank goodness our Alice believes strongly in the impossible because things didn’t look so possible before she arrived at the wonderland of Sheba’s Haven Rescue. Prior to that good fortune, Alice had been abandoned and forced to navigate the world single-handedly. Not so easy when you have paws for hands. It might also be worth noting that being left to your own devices is especially scary when your devices aren’t cooperating with the rest of you. Alice appeared as mad as a March Hare in that she was quite topsy-turvy with absolutely no sense of direction. That’s because she was literally off balance. Her head had this habit of tilting to one side (and not in a cute precocious pup sort of way) which caused her to go in circles which of course leads to nowhere.

But there’s no need to fret about such things when you believe in the impossible. Optimism is always the way out. If you don’t know where you’re going, any road can take you there! Yet another tasty nugget of wisdom from the great Lewis Carroll. But I’m wandering off path. The fact is, such strange behaviour is no laughing matter. Whatever was making Alice crooked seemed to be neurological in nature and the brain is a mysterious and complicated thing.

A trip to the veterinarian encouraged Alice and her rescuers to keep looking on the bright side. It seems Alice may have experienced a bout of peripheral Vestibular Disease which is more common in older dogs and can also affect youngsters on occasion, given the disease can be present from birth as a congenital defect. The disorder occurs when there’s irritation to the nerves connecting the inner ear with the brain. An infection in the middle ear is the most common reason for the disease to develop in pups like Alice. The result is a loss of balance and other symptoms deriving from vertigo and dizziness. As alarming as it may appear, most cases improve quickly with treatment and supportive care. Alice is already showing vast improvement since her arrival! This is something worth celebrating which is all well and good because if anyone knows how to celebrate, it’s Alice.

Like her storybook counterpart, Alice makes a point in believing at least six impossible things before breakfast each day. Those things typically include relentlessly tormenting the other residents at the Haven. She especially enjoys ripping off Stewie’s belly bans and running away with them hither and yon. Other ‘impossible’ feats include gnawing on shoes and just about anything considered non-edible according to silly humans. There are so many impossibilities screaming to be made possible from the moment one rises in the morning to the time one falls happily asleep in the doting arms of one’s admirers at bedtime! What kind of a puppy would Alice be if she didn’t think this way?

Catherine, founder of Sheba’s Haven and the kindest Queen of Hearts, certainly understands Alice’s theories on puppyhood but also understands that poor Alice hasn’t had much in the way of proper direction. It’s time for Alice to learn another form of balance now that she’s not teetering over like a teapot at a mad tea party anymore. By this, Catherine means finding the balance between wild child and people pleaser!

As I write this, Alice has joyfully gone off to ‘Charm School’ for a month where she will learn the social graces befitting such a lovely young lady! Running a specialized rescue for terminally and chronically ill dogs makes it somewhat difficult for Catherine to focus on training a puppy as willful as Alice. She needs the gentle one-on-one focus of experts in the field of proper canine behaviour who can teach her that shoes are not meant to be eaten and doggy diapers are not meant to be stolen right off the backsides of their unsuspecting owners. Being as exuberant as Alice is, she holds great promise in becoming the perfect precious princess of this entire world of wonder!

Alice is a 10-month-old Husky Mix in training to become a Queen of YOUR Heart thanks to the efforts of her rescuers at Sheba’s Haven Rescue! To inquire about sharing a life of wonderment and curiousness with Alice, visit www.shebashaven.ca or email shebashaven@kingston.net.